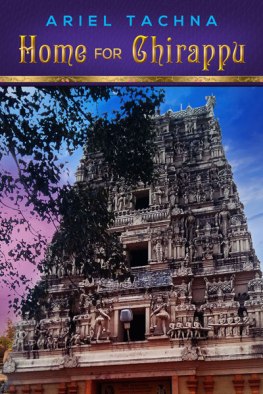 Blurb: Nikhilesh (Nik) Sharma hasn’t been home to Alappuzha, India, since he came out to his family ten years ago. Now that his relationship with them is less strained, he’s bringing his boyfriend Trent along to celebrate the winter holidays. As excited as he is to see everyone again, he worries the foreign culture, religious differences, and disapproval might shock Trent. At the same time, Trent worries Nik’s big, close-knit family won’t accept an American—much less a man—as Nik’s partner and that his presence will impede the otherwise happy reunion. Whether the trip leads to misunderstandings that will drive them apart or to a new understanding that will draw them closer than ever, it’s sure to be an experience they’ll never forget.

Ten years ago, Nik came out to his parents and left India. Now that their relationship is less tense, he’s back for the winter holiday with his boyfriend Trent. He’s excited to show Trent his culture and family but he’s nervous Trent won’t be accepted by his family. But when Trent sees how much Nik loves being back in India, he’s worried Nik will want to move back for good. Will they be able to work through their worries before it escalates into something bigger?

I adored these characters! They’re both worried about Trent being in India but for completely different, but really the same, reasons. They’re afraid Trent won’t be comfortable or accepted in India but Trent’s also afraid of Nik wanting to stay in India instead of going back home while Nik is afraid Trent will break up with him because of his family. They’re sweet together and I loved that while they essentially had the same thoughts, they both knew each other well enough to realize there was something wrong and talked about it before it could turn into something horribly wrong. Plus, I loved the dynamics in Nik’s family and how Trent made the right impressions on the right family members.

This was a great story but I struggled with the numerous foreign names and following along on who was who, which made getting into the story at first a little difficult. Plus, I didn’t realize there was a glossary until I finished the story, which wasn’t much help by that point

In the end, this was a lovely story set in India. I liked that Nik’s immediate family was so accepting of him and Trent. Plus, I found it amusing that they tried so hard to impress Trent so that him and Nik would want to visit India more often. It was a sweet, interesting story with an AWESOME ending and I hope this isn’t the last we see of them 🙂