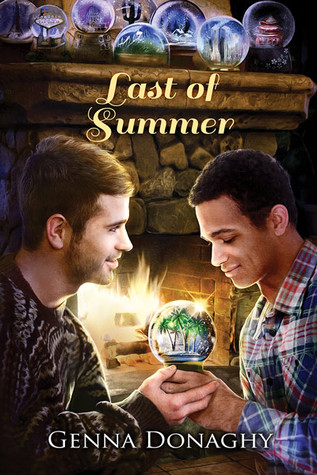 Blurb: Although Rowan Stormbringer was raised Wiccan, he’s never felt a connection to magic. That changes on the eve of Yule, when he encounters a magical creature, a phoenix, that needs his help getting to Stonehenge before the sun sets that day. Hiding a magical creature in the mortal world is tricky at best, but partnering with a good-looking, snarky taxi driver may be just the ticket Rowan needs. As they explore their instant attraction to each other, Rowan and Martin must learn to trust one another if they hope to deliver the phoenix home in time.

I’m not really sure how I feel about this one because, on one hand, I liked that it dealt with Yule and needing to get the phoenix back to Stonehenge. I liked that Rowan wasn’t really a believer in Wicca but when he saw the phoenix, he KNEW he had to help. I also liked that Martin was skeptical of Rowan at first but then warmed up to Rowan and his mission.

At the same time, I felt like I have so many questions because of the phoenix! Like, how did it get in the middle of a city? Or why was it so important for it to be at Stonehenge at sunset and what was that world that Martin and Rowan had walked through and how did they get out?

So, in the end, I liked it but I felt like it was way too short to really give the story justice. I felt like after reading it, I have way more questions than answers and while I liked that Rowan and Martin did the journey together, I’m not overly attached to either of them 😦