Posted on January 22, 2015 by thebloggergirls

In the romance genre, one rule prevails over all others: the primary romantic relationship must have a happy ending. (There are quibbles around specifics, but for my purposes, let’s just stick with the basics.) The flavor of happy can vary widely, but the story must end with the characters together or it doesn’t qualify as a romance.

For traditional romance (which is to say, male/female romance), the target has long been a “happily ever after” (HEA) ending. In mainstream romance, that’s usually meant marriage and/or babies, although the definition has expanded over time to encompass happy endings without love declarations or long-term commitments.

In Unfortunate Son, the romantic arc isn’t the focus of the story. Yes, Evan and Riley develop a romantic (and sexual) relationship, and in the end, they’re together and pursuing that relationship. But the ending is far from a HEA. There are no grand declarations or major life events related to the relationships. If anything, at the end of the book, Evan and Riley are only at the beginning of their love story.

An ending like this one would best fit under a category that’s generally called a “happy for now” (HFN) ending. This label is applied to romances in which the relationship is still in its early stages, or the characters are at a point in their lives where lifetime commitments might not ring true. Young Adult romances are more likely to be HFN than HEA, for example. But the label fits almost any romance that doesn’t end with a long-term commitment.

For gay romance—for nearly all flavors of LGBT+ romance, in fact—stories that end in marriage (or engagements) are a relatively new development, even newer than the concept of gay love stories having happy endings at all. While a handful of states have allowed same-sex marriage for a decade or more, it’s only been within the past year that a wave of legalization for same-sex marriage has swept over the United States and many other parts of the world. I’ve watched, delighted, as dozens of same-sex couples I know (either personally or via online connections) have had their unions legalized, often many years after the participants had committed themselves to each other.

I think we’re starting to see a similar change occurring in gay romance. When I wrote my first novel four years ago, only six US states plus the District of Columbia allowed legal same-sex marriage. As I write this, that number stands at 36 (with several others on the cusp). It’s not really possible to overstate how much that means for the real-life couples who are now able to marry legally, but as a writer, it also means characters in stories set in all those states can now get engaged and married—just like the opposite-sex characters in “straight” romances have been able to do from the beginning. Publication schedules necessarily mean that it takes time for real-life developments to show up in fiction, but this seismic shift in real life will inevitably will be reflected in art.

For Evan and Riley, marriage is still off the table, in part because they live in Georgia, one of the few remaining states that does not allow legal same-sex marriage. But by the time they make it to the point in their relationship where marriage might be a consideration, they may well be able to take that legal step right at home. So while the ending to their story in Unfortunate Son may be only a HFN, it’s thrilling to know that their eventually HEA may extend all the way down the aisle. 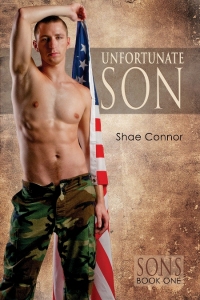 Then Evan’s family reappears his life, and Evan soon learns Riley has his own family-inflicted wounds—ones that make it hard for him to be there for Evan. A disastrous confrontation between Evan and his parents leaves Evan’s mother injured and Evan overcome by anger and fear. Losing his tenuous hold on his emotional control, Evan makes one bad decision after another, but maybe his final fall will be the wake-up call Evan needs to set things right—with his parents, and with Riley.​ 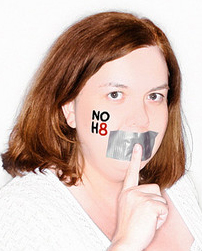 Shae Connor lives in Atlanta, where she’s a lackadaisical government worker for a living and writes sweet-hot romance under the cover of night. She’s been making things up for as long as she can remember, but it took her a long time to figure out that maybe she should try writing them down. She’s conned several companies into publishing her work and adds a new notch on her bedpost each time another story is unleashed onto an unsuspecting universe.

A member of the Romance Writers of America and the Rainbow Writers chapter, Shae was first published in 2010 and has a lineup of short stories, novellas, and novels available from Dreamspinner Press, Wilde City Press, MLR Press, and Amber Allure.

Shae is part Jersey, part Irish, and all Southern, which explains why she never shuts up. When she’s not chained to her laptop, she enjoys cooking, traveling, watching baseball, and reading voraciously, and she’s an annual volunteer for the Dragon Con on-site publication, the Daily Dragon. You can find her hanging out on Twitter most any time @shaeconnor, but for the more direct route, you can email her at shaeconnorwrites@gmail.com or visit her website at shaeconnorwrites.com.