Posted on February 21, 2015 by thebloggergirls

Blurb: Please see and take seriously the tags below.

He dreams of escaping his mobile-home prison and finding a normal life. Of breaking free of his agony, finding a woman to love, becoming a teacher.

But some horrors you can never outrun. There’s nowhere to hide. Some nightmares chase you in your sleep and steal your freedom like a brutal thief. Some brothers never give up and never answer why. 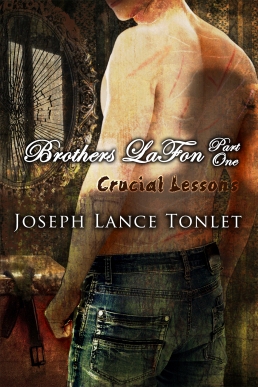 Joseph is a born and raised Southern Californian—with a twenty-year stint of living in the Midwest. He loves the laid-back lifestyle of San Diego and considers himself lucky to live where people dream of vacationing.

As part of this Cover Reveal, Joseph is giving away a signed copy of his first novel, Grif’s Toy (Non-residents will receive $10.00 Amazon Gift Card)! To enter, just click the link below!