Posted on October 13, 2015 by thebloggergirls 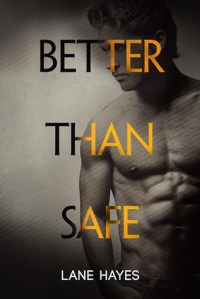 Blurb:  Paul Fallon is a fashion advertising guru. He’s a genius at dealing with difficult editors, art directors, and designers alike. He thrives on the chaotic atmosphere and constant challenges. But in his personal life, he’s hoping for peace and stability. Settling down with a nice doctor or lawyer sounds perfect. Anyone but an artist. He’s been there, done that, and he doesn’t want to relive the heartache.

Seth Landau is a model, occasional guitarist, and aspiring painter. He’s quirky, flighty, and wise beyond his years. Life has taught him some tough lessons, then given him opportunities he never dreamed of. He’s learned to appreciate the fragility of life and to express it in his work. Seth’s flare for the absurd combined with a supple mind and a beautiful body are too alluring for Paul to ignore. Against his best intentions, Paul is drawn to the younger man whose particular brand of crazy challenges Paul to accept that things aren’t always as they seem. Sometimes taking a chance is better than being safe.

Review: We met Paul as one of the men Curt was dating before committing to his now boyfriend Jack. Paul is British, travels a lot and has been in a dating rut. He’s decided to cut back on his traveling and that it’s time he find someone serious to date.

Aaron introduces Paul to the model, Seth. At first blush, there is nothing about Seth that appeals to Paul but his looks. He’s late for their first date, cavalier and snide, and too young. But there’s something about him…

Seth has been hurt before and is not inclined to dive in to a relationship, so he keeps giving Paul mixed signals. Their relationship is on again/off again, on fire when they are together but there’s a lot that stands between them and a happily ever after.

This series has a lot to stand up against. Book one is one of my favorite books, Aaron and Matt are a tremendous couple. Book two is pretty good, but (for me) book three really fell short of the mark by comparison. I’d say this falls somewhere between books three and four.

Paul and Seth have explosive chemistry that sizzles the pages. Seth comes across as sort of bratty and Paul as sort of stuffy for much of the book, but they seem to compliment one another. I wish we had gotten to see them more as a couple, they spend a lot of time apart in this story.

I loved that Seth fit absolutely no stereotypes, he was a unique and interesting character. Paul felt rather bland to me by comparison, so I didn’t quite catch the appeal of him for Seth, but he was such a strong anchoring presence.

This is a quick read, the story only bogs down for a bit in the middle, and is mostly a fast-paced ride from meet to happily ever after.

I always enjoy Lane Hayes’ writing and find her characters to be her strongest suit. I liked this story much better than book three, and I think fans of the series will be very pleased with this book.