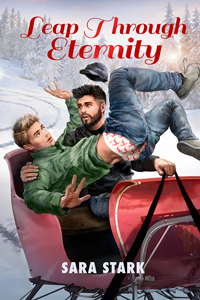 Blurb: Being evacuated from his apartment in the middle of the night because some idiot forgot his cookies in the oven isn’t the ideal way to meet a guy, but Mason’s hot neighbor Cole sure looks great in his underwear. The trouble is, Mason is the idiot who started the fire, and Cole doesn’t appreciate being lied to any more than he appreciates being driven out into the cold. It looks like their romance might end before it gets started, but Christmas is a time for second chances….

When Mason can’t sleep one night, he decides to make cookies and watch a movie. Unfortunately, he totally forgets about the cookies and before he knows it, the cookies are on fire. Now forced out of his apartment along with all the other tenants until they clear the fire, Mason’s mortified especially when he meets his hot neighbor Cole, who’s none too happy with the person who caused the fire. Mason lies to cover up the fact he’s that person but when Cole finds out about the lie, he’s beyond angry. Mason feels horrible but the connection between them is so strong, Mason refuses to give up on what could be there. Will Cole be able to forgive Mason for his fib or will Cole hold enough of a grudge to ruin whatever they may have?

OMG, this was SUCH a cute story! I loved, loved, loved Mason as a character. It was adorable the way he reacted to Cole when they were standing outside waiting for the fire department to clear Mason’s apartment. I also liked how carefree Cole was considering he was a cop and just adored the fact Mason refused to let Cole push him away. I just wish this had been so much longer! I want to see these two after the holidays, will they still be together? Will Cole think Mason will lie about everything? Will they even still get along after the holidays? I WANT MORE!

Still, such a lovely story! Both Mason and Cole were great characters and even though it was a bit short, I loved the premise of it! As a side note, I don’t really understand why this story is titled so because unless I’m being dense, it had nothing to do with eternity or forever or anything that makes sense for why it’d be titled like that…