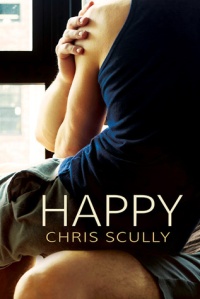 Blurb:  Growing up Greek-Canadian, Peter Georgiou always knew his duty was to his family, for whom twenty-first century rules don’t apply. In his early thirties, Peter still lives at home, dates who his parents tell him to, and works at the family restaurant. But watching his two best friends find happiness in each other’s arms has made him worry over his destiny.

When Louie Papadakis returns home to nurse his broken heart and start a new life, he can’t believe his sister is dating his high school crush, Peter. There’s a sadness behind Peter’s eyes that draws him in, and a chemistry he wishes he could ignore. After his closeted ex broke his heart, Louie is afraid to fall in love again, especially with a man who’s keeping secrets.

As Peter finds himself drawn to Louie in unexpected ways, old and new worlds collide. Then a family crisis forces Peter’s hand, and he must decide if he’s willing to sacrifice his happiness for family duty.

Review: I loved my previous experience with Chris Scully’s books – which was why when I saw this available as ARC, I requested it without exactly reading the blurb. Well, I guess it might happen sometimes … that you find a book you dislike from author you love. Because this one is the example. It’s my least favorite all Scully’s titles I have read so far.

My biggest problem with this is definitely the amount of drama. We have Peter contemplating his happiness, his attraction to Louie (who is the big brother of the girl he is supposedly dating), his dissatisfaction with working at family restaurant because his father seems to be dead set on not changing anything for the better, his father’s heart problem, his mother not welcoming the idea of homosexuality … and of course we have Louie, who crushes on Peter, who currently dating his own sister, and Louie is only recently returned home after breaking up with his closeted boyfriend. Plus, somehow Scully decides to throw in another thing or two, like Louie’s sister dating a black guy, or the other one with Peter’s ex-fiancée (I totally didn’t understand the necessity of that particular problem).

Man, I felt a migraine in just writing that paragraph above!!

I guess I was overwhelmed – and I didn’t feel particularly sympathetic towards both Peter and Louie as characters. It was a little bit too much for me, and I wasn’t even sure if the ending was worth all that drama. I mean, there is absolutely happy ending, but it just didn’t have the ‘punch’ that I felt should be a reward for me sticking with these two men.

I still liked Scully’s writing which explains why my rating isn’t lower. As always, Scully focuses on the characters and the progress of the relationship, which should be right up my alley (except that I didn’t like the characters, alas!). But the drama drowned the romance for me, and I was left with dissatisfaction.