Posted on September 4, 2016 by thebloggergirls 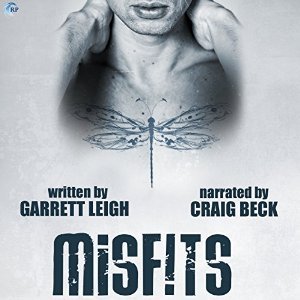 Blurb: Restaurant owner Tom Fearnes has loved his partner Cass for as long as he can remember, but their work often keeps them apart. When he meets a striking young man named Jake on the vibrant streets of Camden Town, their heady first encounter takes an unexpected turn.

Jake Thompson can hardly believe his luck when he wakes up in Tom’s bed. Tom is gorgeous, kind, and . . . taken. Tom’s explanation of his open relationship leaves Jake cold, but Tom is too tempting, and when hard times force Jake to accept Tom’s helping hand, he finds himself between two men who’ve lost their way.

Cass Pearson is a troubled soul. He loves Tom with all he has, but some days it feels like he hasn’t much to give. Jake seems like the perfect solution. Cass risks everything to push Jake and Tom together, but Jake resists, wary, until the darkness of Cass’s past comes to call. Then Jake finds himself the last man standing, and it’s time to dig deep and shine a light for the men he’s grown to love.

Review: The first thing that NEEDS to be said is that this MUST be listened to.

Craig Beck is easily my favorite “British” narrator and ties in the top three of all narrators. He is so good with emotions, timing, voice modulation and pacing. There are no technical errors and he even adds in a bit here and there – special effects for phone calls, etcetera. I don’t know my British accents – but I can tell he does – and he differentiates the various regions superbly.

There’s a bit in Misfits where Tom calls out Jake’s accent and so it’s magnified and it’s awesome! Funny and (I think) spot on.

Because this is SO British, listening to it only helps to put the story in perspective. It’s a London story with parts elsewhere, but having the accent in your ears makes it all the more real.

On that note, let’s talk about the story itself, because REAL is what this story signifies. It is NOT a perfect relationship. Neither Tom’s with Cass, Tom’s with Jake, Jake’s with Cass, nor Tom’s, Jake’s and Cass’ together. It’s not like any ménage I’ve read so far, but it works for them.

Garrett Leigh is a skilled writer of broken men, and Cass and Jake are broken in their own ways. Tom is the glue that helps them stay put together but he needs them just as much as they need him.

I LOVED Jake’s Tourette Syndrome and all his ticks and sayings. He absolutely made this story! “there’s a rat in here!”

I highly recommend this in audio format – it’s a FABULOUS narration of a great story that I think most anybody would like.