Posted on September 9, 2016 by justjenbo 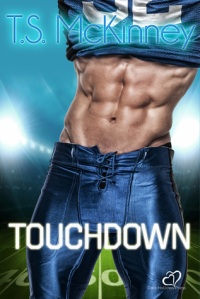 Blurb:  Alexander Bryant has lived his entire life making everyone else happy. After meeting Lincoln, will he have the courage to finally do what makes him happy?

Alexander – I like to imagine myself a rebel – an ass-kicker that takes what he wants regardless of what others think. I make my own path and flip off the people who don’t agree. I laugh in the face of conflict. Nobody tells me what to do.

In reality, everything about me is a lie – past, present, and future. The Bryant name requires certain things and all my decisions are based on those requirements. I like football, but the family name demands I love it. I want to be an artist, but the family name demands I be a lawyer. The family demands I fall in love with a nice girl, but I’m falling for, well, the opposite of nice AND girl. I’m a coward and a liar.

Lincoln – I like to imagine myself a loner – a cold heartless bastard that takes what he wants. I lived the biggest part of my life with parents that were ashamed of me for more reasons that one could begin to count, so I trust no one.

I have a low tolerance for bullshit and hate liars.

So why did I go and fall in love with the biggest liar of them all?

Review: At first glance, this may seem like just another football GFY story. But, it doesn’t take long to realize that is not the case.

Alexander is miserable but has somewhat come to grips with the fact that everything he loves (and hides) will all end once he graduates college. He has shaped himself to fit into the mold his family demands, from the college he attends to football and law school, ending with working at the family law firm. He pretty much goes with the flow while hating himself inside for all the lies that make up his life. But that all begins to change when his friends drag him out to an “adult” club.

There really is so much more to this than it sounds, but I don’t want to give much more away. Suffice to say that their situation/predicament was a bit heartbreaking from both sides. Even knowing this was more than just sex, knowing they had to keep their relationship a secret, and the inevitable outcome of Alexander going back to his shell of a life, they kept going. Lincoln knew he should walk away, knew he should stick to his rules, but was unable, and Alexander wanted to stay, to stand up for the things he wanted, but was unable. This was loaded with emotion and many various feels.

There isn’t a ton of football happening, as most of the story is really about the characters themselves. But, it felt like the perfect amount. Not too much, but enough to know how important it is. Alexander also has some great friends on his team, some of which he is close enough to share his secrets. One especially, Tank, is really the one who started it all. It was Tank who had the interest in the BDSM and pushed the guys to go there for him. He was funny and caring, and it was easy to fall for his charms. Thankfully, his story is next, and I can’t wait to read it!

This was well written, had me burning through the pages and left me unhappy that it was over. I felt as though I could read on and on about these two, and I’m happy to see they appear in the next book. If you love a great GFY football story with a range of emotions, I highly recommend you give this a try.