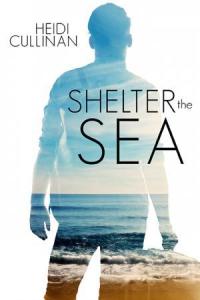 Emmet Washington has never let the world define him, even though he, his boyfriend, Jeremey, and his friends aren’t considered “real” adults because of their disabilities. When the State of Iowa restructures its mental health system and puts the independent living facility where they live in jeopardy, Emmet refuses to be forced into substandard, privatized corporate care. With the help of Jeremey and their friends, he starts a local grassroots organization and fights every step of the way.

In addition to navigating his boyfriend’s increased depression and anxiety, Emmet has to make his autistic tics acceptable to politicians and donors, and he wonders if they’re raising awareness or putting their disabilities on display. When their campaign attracts the attention of the opposition’s powerful corporate lobbyist, Emmet relies on his skill with calculations and predictions and trusts he can save the day—for himself, his friends, and everyone with disabilities.

He only hopes there isn’t a variable in his formula he’s failed to foresee.

Review: Carry the Ocean is on my short list of favorite m/m books ever. So when I saw this sequel, I was both crazy psyched and a little scared – because how can a book so awesome have a sequel without messing up my couple? Well – don’t worry. There is tiny bit of relationship angst – yes – but most of this is about our dear, dear boys working together against a common enemy and – for me at least – this is a story about Jeremey and his continued struggle with depression.

This book literally made me cry about a dozen times. Every page where Jeremey struggles with his sadness pulls at your heart. You can see how hopeless he feels and how frustrated because he KNOWS he shouldn’t feel bad – but he does. I LOVE Emmet for Jeremey. Instead of getting mad or frustrated – Emmet finds a solution – well – not a solution – but something to help – and what an AMAZING choice he makes!

I also cried because the political struggle these guys face is our new reality and it hurts my heart so, so much. I HATE that we now live in a world where ignorance and hate and selfishness take precedence over love and compassion and understanding. I won’t point fingers – I think we all know what/who I’m talking about. I love that Emmet and Jeremey collaborated again to find another solution to the bigger problem of their funding and how – by overcoming some of their own issues – they are able to help others as well.

Heidi Cullinan is a gifted writer, who obviously spent time researching and understanding these characters. It’s a beautiful book, with a beautiful message(s), and for fans of the first book, this is a must. If you haven’t read the first book, you are seriously missing out – it is an amazing series and I can’t give it enough stars.