Posted on October 18, 2017 by thebloggergirls 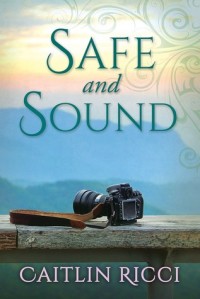 Blurb: Twenty-one-year-old Mason has to get out of his mother’s house, where her boyfriend subjects him to unwanted advances—and won’t take no for an answer. Since she didn’t believe Mason when he told her about his uncle’s sexual abuse, Mason knows he’s on his own, and it’s up to him to raise the money he needs. He thinks he’s in luck when he takes a modeling job.

Oliver is a photographer, and getting guys and sex has always been easy for him. His current open relationship is no exception: more friendship and fun than anything. But when Oliver meets Mason, he can see the younger man is fragile and desperately in need of help. Before anything can develop between them, Mason needs to free himself of his terrible living situation and start on the road to healing. Oliver wants to stand beside him as he does. What surprises him is the discovery that he might need Mason as much as Mason needs him.

Review: Note: While the Author’s note in the beginning of this novella says, “it ties in with her Thornwood series” but I feel like it can still be read as stand-alone.

Mason is in need for extra money that will help him to get out of his mother’s house. He is tired of pretending that he is straight but most importantly he needs to get away from his mother’s boyfriend who has been making sexual advances. Mason then answers an online advertising from Oliver, a photographer who wants to expand his portfolio to include nude and seminude portraits…

I don’t like giving out bad reviews — I really don’t — especially for an advanced copy book. But, there were a number of things in here that didn’t sit well with me. In fact, I felt creeped out with the whole arrangement! Let’s see …

First, Oliver is involved in open relationship. It’s not really my thing, open relationships, but I know that people have their reasons to do so. I just don’t like reading it in my books. But what bothers me is that Oliver’s reaction towards Mason’s modelling creeped me out.

He’s older than Mason … he has a feeling that Mason is inexperienced, but he still shares the photos with his partner, and this conversation happens…

Chester whistled low. “I can’t see his face or anything really about him and I can already tell he’s your type. And mine too. I want to shoot him. Please give him my card. I want him laid out across the bed in the staging room with his hands tied to the bedposts and his nipples under some clamps. You have to give me this. I need it.”
….
Chester slid his hand to my inner thigh and then to my crotch. “You want him too. Of course you do. Cute little boy like that, I’m surprised you didn’t try to fuck him right there in your studio.”

“It was a near thing. I didn’t want to scare him off, though. Maybe next time you can be there getting pictures of us together.”

I’m sorry, that just screamed pervert alert in my brain! Not to mention that as the story goes further, it was clear that Mason was a victim of sexual abuse, and his mother’s current boyfriend was also pretty much making sexual harassment towards him. Oliver’s treatment towards Mason made me WAY uncomfortable. I felt like he was using this young man.

The final nail in the coffin was when Oliver **SPOILER** suggested Mason videotape the sexual advances so Mason had concrete proof. But come on, didn’t it occur to Oliver that Mason could somehow have trauma over the whole thing? It just felt wrong to me.

The writing itself felt clunky and stiff. The author failed to make me emotionally sympathize with Mason or make me believe that Oliver was Mason’s knight in shining armor. I didn’t like this story at all. YMMV.

Overall Impression: It was okay but not good