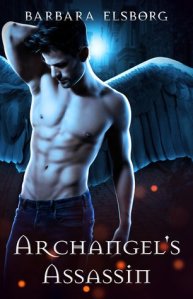 Blurb: He wants to forget.

West is an archangel’s assassin delivering justice to supernatural creatures who break the law. Not a straightforward job because he also has to absorb the memories of those he kills. Even worse, West is breaking the law himself in an attempt to free his brother from hell. If he doesn’t succeed before his archangel boss finds out, West will be joining his sibling.

He wants to remember

A young guy wakes in a London park with his memories gone. He has no idea who he is, or where he comes from. A bracelet engraved with the single word Tao is the only clue to his identity. With no sign of his memory returning, he drifts into a life on the streets. Begging is his only way to survive.

When Tao returns West’s stolen wallet, West offers to buy him a coffee. Tao delights in the chance to sit down with a good-looking guy until his instincts tell him to run away. Fast. West is surprised when Tao flees, considering how much he’d been mentally urging him to stay. Is he losing his touch or is Tao more than a scruffy young man down on his luck?

Only one way to find out.

Review: I love finding a story that creates a world with interesting new aspects. Here, we have angels, demons, faeries, gargoyles, etc. But the world itself is rather unique. There is the human realm, Faeryland and the mysterious Eyra, the magical skyscraper and home base to Archangel Raphae, aka, West’s boss. West is an archangel’s assassin. Before he can move on to heaven, he must fulfill an undetermined length of time in the position, disposing of those paranormal creatures Raphael deems need taking care of. Unfortunately, West has broken some other rules. In an attempt to save his brother from being forever tortured in hell, he has made a pact with Makkiel (Makk), the demon, who has required West provide him with over 100 souls in exchange for his brother’s freedom.

Tao is a total sweetheart who is living on the streets after waking up in he park with no idea who he is, no recollection of his life, etc. All he knows is the two months since he woke in the park. He survives by begging, though he doesn’t like to do so and relies on people just giving him stuff. Needless to say, he isn’t doing very well. He has a heart of gold and though he doesn’t remember who or what kind of person he was, he believes he is a good person. He has been trying everything to bring back his memories, to no avail.

West and Tao meet when Tao saves West’s wallet from a pickpocket. West is immediately attracted to Tao, though he has no idea why. He doesn’t help people, has no interest in any type of relationship, etc. But Tao chips away at West’s wall little by little until their feelings are too strong to ignore. Meanwhile, Makk is causing more problems, there are issues with West’s work, rival assassins, etc. As the two are forced to run, everything about Tao starts to clear up and things become more exciting and interesting.

This story starts out a little slow, but the more we get to know Tao, the better it gets. He’s cute, funny and just a good soul. I loved watching his influence change and open West up. West has gone through a lot as well, so it was great to see things work out for them all in the end. There is a lot more to this story with many connections, twists and turns, but suffice to say, it was a great read. I continue to be a fan of Ms. Elsborg and am glad I didn’t hesitate to grab this one.