Posted on February 19, 2018 by thebloggergirls 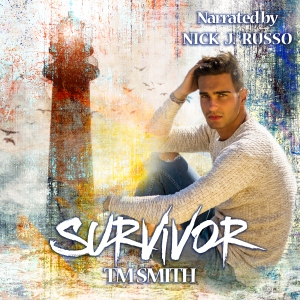 Blurb: Taylor Langford’s world is torn apart when he is only thirteen years old—his parents killed, leaving him alone and orphaned. With no living relatives, he’d certainly be another statistic if not for the intervention of the policeman who found Taylor in the crawl space where his mother hid him that fateful night. Despite the tragedy and resulting anguish in his life, Taylor knows how lucky he is.

Frank Moore is a rookie with the Dallas Police Department when he and his partner answer a call in Devonshire, one of the city’s more affluent neighborhoods. They think the young boy in various pictures throughout the home has been kidnapped until they find him, shaken but alive. Officer Moore recognizes the pain in the kid’s eyes, having lost his own mother to cancer when he was just a boy. He steps in, making sure Taylor is placed with a loving foster family. Over the years, Frank becomes a permanent fixture in Taylor’s life.

A decade later, the case remains unsolved and the once gangly, uncertain teenager is now a college graduate who knows exactly what he wants. He’s coming home to the man that helped mold and shape his life, the man he’s loved for as long as he can remember, Frank Moore. But Taylor isn’t the only person returning to Dallas, and while Frank is distracted by his own conflicting feelings and the new bond growing between the two, the past creeps up on them, determined to finish what was started ten years earlier.

A note from the author…

I hope you enjoy Frank and Taylor’s story. It’s been a long road to get them settled, but I’m happy with where this story has taken them. When I started this book, the intent was to write a stand-alone story, but that has changed. Characters continually evolve throughout the writing process, and there are several characters in the book that want to tell their story. I’ve grown especially fond of Rory and I can’t wait to write his book, which will take us back to when he first joined the Bureau, and continue on to his happy ever after.

Review: I am a fan of T.M. Smith’s All Cocks series and I think I was expecting this to be something like that. Well it wasn’t, but it was awesome nonetheless! This was presented in a very unique way. We start with our survivor meeting his “savior” as Taylor’s family is destroyed in front of him and Frank, a police officer, comes to his aid.

We grow up with Taylor as he deals with his tragedy and his burgeoning attraction to the older man, Frank.

Frank must also deal with his own feelings and weather what life throws his way.

To me, the amount of detail felt just right. I could totally buy the relationship between these two and though there was obvious moments of doubt and angst it wasn’t overwhelming and didn’t take the central focus in the story.

Secondarily, we are gifted with an intriguing mystery and some wonderful secondary characters.

All in all I was captivated by this story and thoroughly entertained.

As always Nick Russo does a great job with his narration. He chose a nice voice for both Taylor and Frank and handled the accents and female characters well. He’s so easy to listen to and does a terrific job with the emotions and pacing as well.

I highly recommend this as both a book and audiobook!