Posted on February 20, 2018 by thebloggergirls

“It doesn’t matter what I imagined you or I would say. The simple truth of the matter is you managed to live without me just fine. And I managed to do it, too. There’s no point in talking or thinking about what-ifs.”

“I missed you, though,” I admitted in a small voice. “I’m probably even more of an ass to say so, but I did. I really did miss you, lots of times.”

“Yet you never called.”

“I did. You’d changed your number by then.”

He snorted. “So you called at least two years after we broke up. I can see how much you missed me, yeah. It’s glaringly obvious.”

“My brain was all scrambled. I needed to unscramble it before I could dare to talk to you again. I thought I owed you a clean break.”

“A clean break? You asshole!”

“What’s the point of doing this now?” he asked in a defeated voice.

“I wish I’d be a big enough man not to. I wish I could just walk by without stopping to pester you. But I can’t do that, angel. I really can’t, and that’s the simple truth of it.”

“I knew it was a mistake to talk at all.”

“What you’ve said you believe to be true.”

“I don’t think you leave someone and then years later just can’t help yourself from wanting them when you meet again.”

“I never could help myself when it came to you. You know that.”

“I thought I did. But it was a long time ago. Things change. People change.”

“How have you changed?”

“I’m not going to sit here and rehash the last five years of my life.”

“Us. There’ll always be blurred lines. We didn’t ease out of a personal connection. There was no time to retrain our brains to be around without being together. You just up and disappeared.”

“You keep saying that, but it makes no real difference.”

“Did you become an addict? Is this part of your twelve steps program, making amends?”

“Do you honestly think I wouldn’t want to be around you otherwise?”

“It has to be weird for you too,” he said, and looked out toward the skyline.

“In a way, yes. But I think us meeting each other again was a happy thing. It made me happy to see you.”

“And now that we met, what? Do you want us to get together, Drew? Is that it?”

“What else could it be?”

He looked into my eyes with an intensity that almost gutted me.

“I’m not an entirely different person, but I have changed here and there,” I said. “Things are bad between us right now, and it’s my fault. I know. I wish I could take it back, but I can’t. I unscrambled my brains. I’m not a scared kid anymore.”

I smiled and looked at him without replying.

“And? Now that you’re this grown-up man, what do you want?”

“I want to kiss you,” I whispered, staring at his lips.” 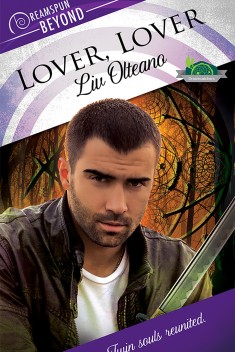 Drew’s always been a fighter: first in martial arts competitions, and now as a dreamcatcher—keeping the people of Seattle safe from spaga attacks that would drain their life force in their sleep. All he has to do to become a full member of Team 32 is complete his first mission.

But the first person he must defend is his ex, Angelo… the only man Drew ever loved, even if he was the one to leave. Drew never got over Angelo, and it seems Angelo might feel the same, despite the heartbreak he suffered at Drew’s hands.

As the chase after a powerful and resourceful caster hits close to home, old feelings resurface. But if Angelo learns of the dreamcatchers, he’ll be a target for the spaga. And how can he trust Drew now that Drew’s keeping bigger secrets than ever?

She believes stories are the best kind of magic there is. And life would be horrible without magic. Her hobbies include losing herself in the minds and souls of characters, giving up countless nights of sleep to get to know said characters, and trying to introduce them to the world. Sometimes they appreciate her efforts. The process would probably go quicker if they’d bring her a cup of coffee now and then when stopping by. Characters—what can you do, right?

Liv has a penchant for quirky stories and is a reverent lover of diversity. She can be found loitering around the Internet at odd hours and being generally awkward and goofy at all times.

As part of this blog tour, Liv is giving away a $10 Dreamspinner Store Gift Card!!! To enter, just click the link below!

Don’t forget to check out Nikyta’s review of Lover, Lover to see what she thought of it!