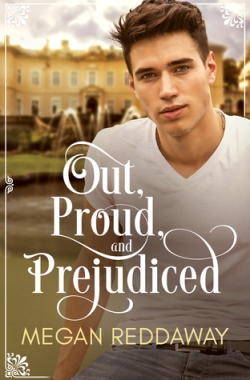 A modern retelling of Jane Austen’s Pride and Prejudice.

Wow! This book! When I requested it, I was thinking of a light story with some banter but instead I got a phenomenal novel that pulled me in right from the start and had me so enamored with the overall story and characters, I read the entire thing straight through! Which hasn’t happened for me in a very long time. To say this one is a modern retelling of Pride and Prejudice, I wouldn’t quite say but, to be honest, I haven’t read Pride and Prejudice in over ten years so maybe I’m thinking of it differently. Either way, it definitely has the heavy banter and strong chemistry of Elizabeth and Mr. Darcy.

As characters, I really adored Bennet and Darius. Bennet is a bit headstrong and instantly dislikes Darius on site. At the same time, Darius is cold and seems unfeeling because of the callous things he says. He seems to look down on everyone, including Bennet, which rubs Bennet the wrong way. The first emotion is definitely dislike between them but the more they are forced together by they’re best friends and other situations, the more other feelings start to surface and before either of them know it, there’s a strong attraction between them.

I loved that they fought it for so long but not too long to where I grew frustrated that it was dragging down the story. I really enjoyed the fact that Darius seemed so callous but really was hiding a caring heart and didn’t want it to be taken advantaged of. Bennet was the perfect match for him because he challenged Darius and didn’t just let Darius steamroll him into submission. He gave as much as he got and he sorta proved to Darius that they’re made for each other. However, what I really, really loved was that Darius wasn’t afraid to admit when he did something wrong. They might both be proud but they can admit their faults and they both groveled sufficiently for me to not feel like it was tied up to neatly. No, instead I felt raw when they did and soothed when they worked out their issues. I just LOVED this book so much, it makes me want to re-read it already or at least find more stories just like this one!!

My only issue with this one is I thought the overall conflict was a bit too cheesy for my tastes. I mean, I hated that Bennet was so gullible he believed a complete stranger over Darius but I could understand, sort of, of that. But I just did not have a care for the climax of the story because I felt it was a bit overly dramatic and couldn’t understand how it was even possible without written consent. It just didn’t fit with how the rest of the story played out. Also, I wish we had gotten Darius’s POV because I’d have really liked to see things from his perspective since he was so guarded.

In the end, though, that was just a minor flaw. I adored Bennet as a character and really loved Darius as well. The chemistry between them scorched the sheets and their banter had me so engrossed in this novel, I couldn’t put it down! I hope it’s not the last we see of these two because I’d love to see more of them and I’d LOVE to get Giorgio’s book next, he deserves a little happiness!