Posted on September 17, 2018 by thebloggergirls 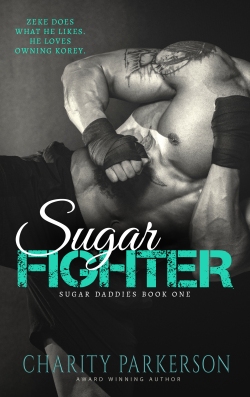 Zeke is the older man. The richer man. The man who plans to give Korey the world.

If Korey had been in his right mind after Charlie’s death, he would’ve turned down Zeke’s offer. By the time he realizes his mistake, he’s already addicted to Zeke’s powerful presence. He never meant to end up dependent on the man’s smiles and hot glances. The money, Korey could live without. The man has him hooked. There’s only one problem—neither man wants to cross the line from friends to lovers, ruining what they have.

Sugar Fighter is a short introduction to a new series by Charity Parkerson, Sugar Daddies. This series will feature male/male May/December romances where the men are hot, rich, naughty, and don’t like to be told no.

Charity Parkerson is an award winning and multi-published author with several companies. Born with no filter from her brain to her mouth, she decided to take this odd quirk and insert it in her characters.

As part of this blog tour, Charity is giving away a $5 PayPal certificate!! To enter, just click the link below!