Posted on August 11, 2020 by thebloggergirls 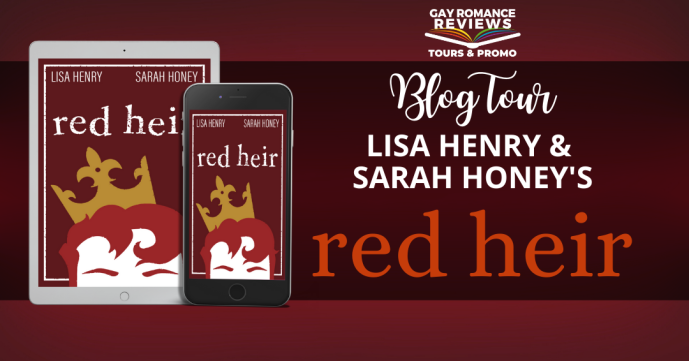 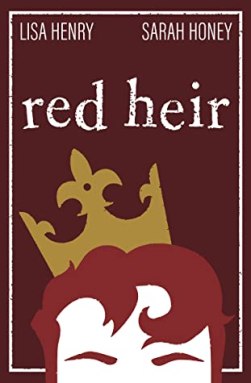 Imprisoned pickpocket Loth isn’t sure why a bunch of idiots just broke into his cell claiming they’re here to rescue the lost prince of Aguillon, and he doesn’t really care. They’re looking for a redheaded prince, and he’s more than happy to play along if it means freedom. Then his cranky cellmate Grub complicates things by claiming to be the prince as well.

Now they’re fleeing across the country and Loth’s stuck sharing a horse and a bedroll with Grub while imitating royalty, eating eel porridge, and dodging swamp monsters and bandits.

Along the way, Loth discovers that there’s more to Grub than meets the eye. Under the dirt and bad attitude, Grub’s not completely awful. He might even be attractive. In fact, Loth has a terrible suspicion that he’s developing feelings, and he’s not sure what to do about that. He’d probably have more luck figuring it out if people would just stop trying to kill them.

Still, at least they’ve got a dragon, right?

An Excerpt from Red Heir

Hi everyone! This is Lisa and Sarah, and we’d like to thank you for joining us on our blog tour for our new release, Red Heir. We hope you have as much fun reading it as we had writing it! Today we’d like to share with you an excerpt from Red Heir.

In this scene, Loth and Grub and their rescuers are having dinner and setting up camp for the night, and Grub finally gets the better of Loth and his horse jokes:

There’d been a brief standoff over who should do the duties, with Scott looking beseechingly at Ada, but she’d snapped, “Don’t try and make it my job. That long useless streak can do something instead of moping for a change.”

Calarian, the long useless streak in question, hadn’t dared object. He shuffled about scowling, but he did as asked, putting together a stew of some sort. Loth would have had seconds if there’d been any left. As it was, he watched as Dave shovelled the leftovers onto Grub’s plate. At least between the barely adequate servings and the exercise of riding all day, by the time they reached the capital he’d be in excellent shape for his career change. He’d probably be able to double his prices.

Of course, he’d have to ditch these idiots once he was within the walls of the city. The last thing he wanted was to get entangled in whatever political nonsense they were engaged in. If there really was some crazy rich nobleman out there who was bankrolling this entire enterprise—Scott’s Ser Factor—then Loth never wanted to meet him. No, it would be much better for everyone, especially Loth, if Prince Tarquin remained dead and buried. Loth didn’t have a great grasp on history, but he was fairly sure things never ended well for pretenders to the throne. Even the attractive ones.

Somewhere out in the darkness, a wolf howled. The hair on the back of Loth’s neck prickled, and he was thankful Pie had managed to light the fire after all.

After dinner, everyone began to spread their bedrolls around the fire. Loth saw the issue the second that Ada approached him with a bedroll clasped in her arms and an apologetic look on her face.

“We thought we’d only be rescuing one person,” she said, thrusting the bedroll at him.

Loth took it and exchanged a glance with Grub. The firelight really did bring out all the angles of his impressive scowl. His face was how Loth felt, but Loth was much better at hiding it.

“Well,” he said, “as the prince, I will of course take the bedroll and—”

Grub narrowed his eyes and then stalked towards the cart, presumably to throw himself down under it and sulk.

“Kidding!” Loth called. “Grub, I was kidding. We can share, you cranky little goblin. Get back here. I mean unless you’d rather sleep with the horses?”

“Maybe I would,” Grub shot back. “I’m sure even the geldings would put you to shame, Your Grace.”

“Oh, Grub,” Loth said. “Did you really just admit you were a horse fucker, just to make a joke about the size of my dick?”

Grub glowered. “It was worth it,” he said, but he didn’t sound sure.

“See?” Loth tsked and looked around the group. “He’s not even ashamed of it. Those poor horses.”

Grub stomped back over to him. “I fucking hate you,” he muttered.

“I’ve met rats in cells that I like more than you.” Grub grabbed the bedroll and shook it out. “I’ve had ticks I liked more.”

“Did you catch those from the horses?”

For a moment Loth thought that Grub was going to breathe sparks like Pie, but suddenly he threw his hands up. The bedroll fell to the ground. Grub shook his head, his mouth twisting into something that Loth was surprised to discover was a smile.

“You can’t,” Loth agreed. “Nobody wins against royalty. I’m glad you’ve realised.” He leaned in close. “Besides, geldings are missing their balls, and I still have mine. They’re quite impressive. Would you like to see?”

Grub let out a snort.

Loth crouched down and tugged the bedroll out. A moment later Grub joined him. His hands were pale in the darkness, fluttering like pale moths against the bedroll as they worked together to lay it out flat. Loth wondered if they were still shaking from the cold.

“You can take the side closest to the fire if you want,” he said airily.

Grub nodded and crawled into the bedroll. Loth crawled in after him. Around them, Loth heard the others settling. Someone was already snoring, but Loth wasn’t sure who it was. Dave was the large shape nearest to them, his greenish face illuminated by the flames, and by Pie, who buzzed around him flickering like a firefly.

Lying next to Grub was like lying next to a bag of bones. He was pointy, and Loth wasn’t a fan. Loth lay on his back for a moment, then rolled onto his side and pillowed his head on his arm. He watched Grub’s profile for a moment, lit by the fire. Grub was staring up at the sky, eyes wide open.

“Close your eyes, Grub. You’re putting me off my sleep.”

Grub jolted and turned his face towards Loth briefly. “I was looking at the stars.”

“A while since what?”

“Since I saw the stars.”

Loth felt a knot in his belly. “How long?”

“I’m not sure, exactly, but maybe… five years?”

There was a moment of silence, and then Grub said, “I would, but you’re not a horse.”

And then the little shit rolled over and fell asleep.

Lisa likes to tell stories, mostly with hot guys and happily ever afters.

Lisa lives in tropical North Queensland, Australia. She doesn’t know why, because she hates the heat, but she suspects she’s too lazy to move. She spends half her time slaving away as a government minion, and the other half plotting her escape.

She attended university at sixteen, not because she was a child prodigy or anything, but because of a mix-up between international school systems early in life. She studied History and English, neither of them very thoroughly.

She shares her house with too many cats, a dog, a green tree frog that swims in the toilet, and as many possums as can break in every night. This is not how she imagined life as a grown-up.

Lisa has been published since 2012, and was a LAMBDA finalist for her quirky, awkward coming-of-age romance Adulting 101, and a Rainbow Awards finalist for 2019’s Anhaga.

To connect with Lisa on social media, you can find her here:

She also has a Facebook group where you’ll be kept in the loop with updates on releases, have a chance to win prizes, and probably see lots of lots of pictures of her dog and cats. You can find it here: Lisa Henry’s Hangout.

Sarah lives in Western Australia with her partner, two cats, two dogs and a TARDIS.

A teacher once told her life’s not a joke.

She begs to differ.

Her proudest achievements include having kids who will still be seen with her in public, and knowing all the words to Bohemian Rhapsody.

You can connect with Sarah on Facebook, or send her an email at sarahhoneywriting@gmail.com.

As part of this blog tour, Lisa and Sarah are giving away a $20 Amazon Gift Card!!!! To enter, just click the link below!