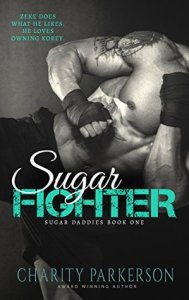 Blurb: Zeke is the older man. The richer man. The man who plans to give Korey the world.

If Korey had been in his right mind after Charlie’s death, he would’ve turned down Zeke’s offer. By the time he realizes his mistake, he’s already addicted to Zeke’s powerful presence. He never meant to end up dependent on the man’s smiles and hot glances. The money, Korey could live without. The man has him hooked. There’s only one problem—neither man wants to cross the line from friends to lovers, ruining what they have