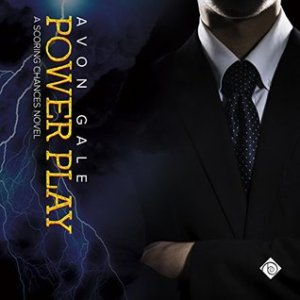 Blurb: A freak accident during the Stanley Cup Playoffs put an end to Max Ashford’s hockey career. Despite everything, Max gets back into the game he loves—only this time, behind the bench as an assistant coach of the Spartanburg Spitfires, the worst team in the entire league. But nothing prepares him for the shock when he learns the new head coach is Misha Samarin, the man who caused Max’s accident.

After spending years guilt ridden for his part in Max’s accident, Russian native Misha Samarin has no idea what to do when he’s confronted with Max’s presence. Max’s optimism plays havoc with Misha’s equilibrium—as does the fierce attraction that springs up between them.

Not only must they navigate Misha’s remorse and a past he’s spent a lifetime trying to forget, but also a sleazy GM who is determined to use their history as a marketing hook. But when an unwelcome visitor targets a player, Misha revisits his darkest days, and that might cost him and Max the beginning they’ve worked so hard to build.
END_OF_DOCUMENT_TOKEN_TO_BE_REPLACED

Blurb: Ten years after graduation, Jake “the jock” Campbell and Brandon “the nerd” Bartlett are teaching at their old high school and still living in separate worlds. When Brandon is thrown into a coaching job on Jake’s baseball team, they find themselves learning more about each other than they’d ever expected. High school is all about image – even for the teachers. Brandon and Jake have to get past their preconceived notions to find the friendship needed to work together. And somewhere along the way, they discover that perceptions can always change for the better.
END_OF_DOCUMENT_TOKEN_TO_BE_REPLACED