Blurb: Coming home should be the easiest thing in the world, but I’ve never felt more lost….

When his stellar military career comes to an abrupt and terrible end, 32-year-old Maddox Kent returns to the town he never planned to step foot into again, hoping to mend the rift he himself caused with the brother he left behind. But coming home means facing some hard truths about himself and his actions. When he has the chance to start making amends by helping his brother with the wildlife sanctuary he runs, Maddox is thrown another curveball when a stranger appears….

As long as we keep moving, everything will be okay. That’s what I keep telling myself, anyway….

For 21-year-old Isaac, Pelican Bay is only supposed to be a stopping point on the trek from San Francisco to New York. With his little brother, Newt, in tow, Isaac is just looking to make things right by returning something of value to a person he wronged. But “getting lost” in the next big city proves to be a problem when the brutal Minnesota winter claims Isaac’s car and strands him and Newt at the animal sanctuary. When the owners of the place offer him a job, a desperate Isaac agrees, despite the presence of a man Isaac instinctively knows could be his downfall….

It should be so easy to let him go, but I can’t. And not just because I want to protect him….

Nothing about Isaac makes sense to Maddox. Not his piercings or makeup or flashy clothes. And most certainly not the snarky mouth that doesn’t match the vulnerability Maddox sees in the younger man’s eyes. But one thing does make sense to the hardened former soldier. Isaac is running from something, and Maddox’s gut is telling him not to let Isaac and little Newt go until he can ferret out the truth.
END_OF_DOCUMENT_TOKEN_TO_BE_REPLACED

Posted on November 6, 2018 by thebloggergirls 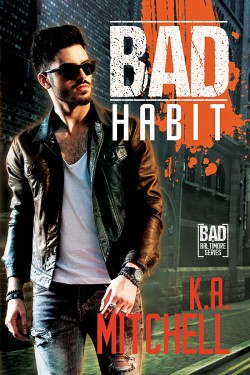 Blurb: Life is always looking for ways to screw you over. Scott McDermott survived the foster care system and knows better than to let anyone close, but Liam Walsh is his one vulnerability.

Twice Scott let down his guard, and twice Liam vanished from Scott’s life.

So when Scott comes face-to-face with Liam for the first time in six years, he punches Liam in the nose. Only after Scott’s friend—and Baltimore County police officer—Jamie reads him the riot act does Scott discover that in the intervening years Liam has been to war and lost his leg.

Liam hasn’t had the easiest life either. He took care of his drug-addicted mom when she was unable to take care of herself. He’s fallen in love with Scott twice, but when Liam saw Scott going down the same path as his mother, he left. The lesson that he can’t save everyone has been a painful one for Liam to learn. Maybe what he and Scott had can’t ever be fixed.

Scott and Liam have never fallen out of love—which becomes obvious when they start working together—but what will make this time any different from all the others? Will the third time really be a charm? END_OF_DOCUMENT_TOKEN_TO_BE_REPLACED

Blurb: Protecting him was just to supposed to be another job. Until it wasn’t.
Two years after surviving a brutal attack from members of his own unit, former Special Forces soldier Cruz de la Vega has found new purpose working for an underground vigilante group that offers justice when the law can’t. When he’s assigned to figure out who attacked a local gay rights activist, Cruz expects it to be just another job.

But when it comes to protecting Elliot Wittier, he soon learns that the last thing he wants is for the intriguing young man to be just another job.

At twenty-five years old, Elliot Wittier is well on his way to having the perfect life. As the head of a hugely successful investment firm and the founder of a prominent foundation, he should be on top of the world.

But looks can be deceiving and Elliot knows how to play the game. With the fear of failing the two most important people in his life always at the forefront of his mind, Elliot keeps an iron-grip on the control that has served him so well in the past. But when a violent attack leaves him vulnerable, Elliot’s carefully constructed world starts to fracture. As he struggles to keep the threat under wraps, he’s thrown off guard when a gorgeous stranger takes an interest in him at a Halloween themed benefit. Throwing caution to the wind, Elliot decides to allow himself the freedom that being with the enigmatic Cruz de la Vega brings for just one night.

But what happens when one night isn’t enough? Or when the past catches up with the present? Can what two men found in each other in just twenty-four hours really last a lifetime?

***Although it features several characters from my other books and is part of the “Protectors” world, Protecting Elliot is a stand-alone novella that can serve as a great way to get a feel for the Protectors/Barretti/Finding universe I’ve created. In regards to the timeline of events, Protecting Elliot occurs after Book 9 in my Protectors series, but it is not necessary to read any other books to enjoy this novella. I’ve specifically written this book to give new readers a chance to meet my guys and for loyal fans to check in with old favorites while still meeting a new couple.***
END_OF_DOCUMENT_TOKEN_TO_BE_REPLACED 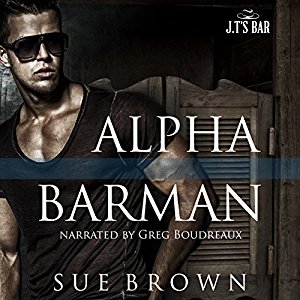 Blurb: Jake Tyler walked out of Covert Ops two years ago, a devastated, broken man after he discovered his sister brutally murdered by her husband, Riley. Since then he’s found a kind of peace running a rural bar. The last thing Jake Tyler expects is his former team to turn up with grim news. Jake’s ex-brother-in-law has escaped from prison and is heading Jake’s way. The team is here to protect Jake, whether he likes it or not – a decision reluctantly shared by their leader, Jake’s ex-lover Mitch Mitchelson.

Mitch is angry and hurting. The man he trusted – the man he adored more than anything – abandoned both his team and Mitch. Jake never gave Mitch a chance to help or come to terms with his desertion. Regardless of mission protocols, Mitch isn’t about to open his heart again to that kind of pain.

But the strong attraction between them can’t be denied. How are they ever going to work together when Mitch still resents Jake’s disappearance, and to Jake, the team represents everything that destroyed him in the first place? And meantime they wait for Riley to find them… and to settle the threat once and for all.
END_OF_DOCUMENT_TOKEN_TO_BE_REPLACED

Blurb: Nobody is invincible…

On a seemingly ordinary night, Tom Otso’s life changes forever when he is ambushed, attacked and left for dead. Though he survives the ordeal, Tom finds out at the hospital that the gravity of his injuries has left him permanently disabled.

Eric Kontio is a physical therapist who is assigned to Tom’s case to help rehabilitate and adapt Tom to his new way of living. In helping people for over 20 years, Eric has never met anyone with such an incredible spirit and positive attitude as Tom. Eric becomes infatuated with him and marvels at his incredible progress.

Being together every day, the two men grow closer as friends, but things become complicated by Tom’s jealous and moody boyfriend, Adrian, and Eric’s professionalism being doubted by his superior. When the true feelings of both men come to the surface, so do their painful pasts which could make or break their relationship.
END_OF_DOCUMENT_TOKEN_TO_BE_REPLACED

, All Romance eBooks & Barnes and Noble
Add it to your shelf: Goodreads & Booklikes

Blurb: One October morning, high school junior Bryan Dennison wakes up a different person—helpful, generous, and chivalrous—a person whose new admirable qualities he doesn’t recognize. Stranger still is the urge to tie a red sheet around his neck like a cape.

Bryan soon realizes this compulsion to wear a red cape is accompanied by more unusual behavior. He can’t hold back from retrieving kittens from tall trees, helping little old ladies cross busy streets, and defending innocence anywhere he finds it.

Shockingly, at school, he realizes he used to be a bully. He’s attracted to the former victim of his bullying, Scott Beckett, though he has no memory of Scott from before “the change.” Where he’d been lazy in academics, overly aggressive in sports, and socially insecure, he’s a new person. And although he can recall behaving egotistically, he cannot remember his motivations.

Everyone, from his mother to his teachers to his “superjock” former pals, is shocked by his dramatic transformation. However, Scott Beckett is not impressed by Bryan’s newfound virtue. And convincing Scott he’s genuinely changed and improved, hopefully gaining Scott’s trust and maybe even his love, becomes Bryan’s obsession. END_OF_DOCUMENT_TOKEN_TO_BE_REPLACED