So, the winner of a $20 Gift Certificate to E-tailer of Their Choice is…. END_OF_DOCUMENT_TOKEN_TO_BE_REPLACED

Posted on February 24, 2020 by thebloggergirls

So, the winner of a $10 Dreamspinner Press gift card is…. END_OF_DOCUMENT_TOKEN_TO_BE_REPLACED

Posted on February 23, 2020 by thebloggergirls

So, the winner of a $25 Gift Certificate to e-tailer of their choice is…. END_OF_DOCUMENT_TOKEN_TO_BE_REPLACED

Can you tell us a little about yourself?

I favor romance with a little smut. Who am I kidding? I favor life with a little smut. I am shy, but loud. I was voted by the other moms at the ball field to be the least likely to get a tattoo. I already had my first tat at the time. I go to church then I rush over to march in a gay pride parade. I am me and even when I annoy myself, I wouldn’t change a thing.

Do you have a favorite spot to write?

My couch with a large glass of Mello Yello and snuggled close to my puppy Mia.

If your book were made into a movie, who do you picture playing each characters part?

They are so ingrained in my mind, it is hard to picture anyone playing them. I truly believe I would want an unknown to play the parts.

Which of your characters would you like to meet in person and why?

Ethan because who wouldn’t want to meet a man like him.

What is the hardest scene you have ever written?

The last one in Innocent Lies. My heart broke for the both of them.

What’s the last book you read?

What’s one random fact about yourself that you can share?

My two middle toes are grown together.

What’s your favorite outside activity?

Outside of writing: watching movies with my kids. Outside in the yard: trying to get back inside.

When can we expect a second book in Dylan and Ethan’s story?

What project are you working on now?

Pretty Little Lies, part two in the story of Ethan and Dylan. 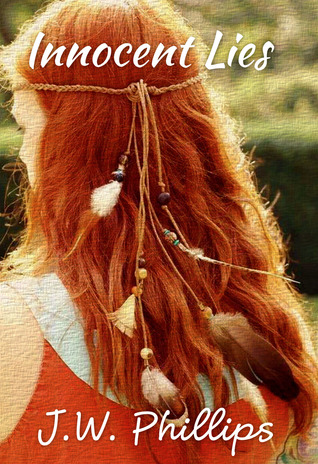 **WARNING: This is NOT a sweet and sappy romance. It’s dark, twisted, and not for the faint of heart. If you prefer HAPPY, HAPPY, HAPPY this is NOT the book for you. Recommended for ages 17+ due to language and sexual situations.**

Dylan’s life was a living Hell, but she discovered what Hell really was.

Dylan was minding her own business when Ethan sat down at her table. All she wanted was peace from her past. He offered her the protection and calm she had never known. That was until she learned how much of that past he was a part of.

If life had taught Dylan Summers anything it was that not everyone gets a happily ever after.

Available at: Amazon and Barnes & Noble

J.W. Phillips was born in a small town in West Tennessee. She now finds herself living in the hills of the Great Smokey Mountains with two of the craziest and cutest kids, one adorable furbaby, and her incredibly romantic husband that is yummier than any of her book boyfriends.

She started to write after a dare from her daughter. Her first novel was a young adult, paranormal, Finding Home. After catching the writing bug, she wrote the novel she wanted to read, Innocent Lies. It was published on June 1st and Ethan Asher became her second man. Living a Lie is being released in the box set Hot Summer Nights on August 3, 2014 and Pretty Little Lies is set to go live October 1, 2014.

You can email J.W. at authorjjphillips@yahoo.com. She will personally answer emails as quickly as possible or find on Facebook or Goodreads.

This giveaway will has THREE prizes. Each winner will be selected by random draw to win either an eBook copy of Innocent Lies, Hot Summer Nights that contains Living a Lie or an ARC of Pretty Little Lies. To enter, just click the link below!