Posted on October 28, 2019 by thebloggergirls

Sons of Rome by Karrie Roman 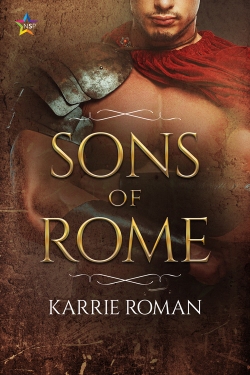 Battle weary and fearless Centurion Drusus Tuscus has only three more years in the Roman Legions and then he can return home to the mother and young brother he was forced to leave behind seventeen summers ago. Drusus has suffered much during his years in the Legions: defeats, fallen comrades and excruciating wounds, but this time the stakes are so much higher. As he prepares to lead his warriors from the safety of their winter base, across the Rhine into the wilds of Germania, he awaits the arrival of new recruits to bolster his century. With these men he will face the ferocious barbarian tribes, many still chafing under the yoke of Roman subjugation.

When his friend and Optio returns with the new men, two faces in the crowd change everything for Drusus. His brother, long lost to him and now a man, stands before him and he brings with him a friend, a man named Caius. A man who stirs the long dead fires of Drusus’s heart. Two men, neither of whom Drusus is willing to lose to a barbarian blade.

As the campaign begins, whispers of betrayal and rebellion stoke a fear in Drusus, especially as his arrogant commander refuses to take heed of the warnings. As catastrophe stalks their footsteps Drusus must balance his duty to Rome with his love for Caius. He will give everything he has to save his beloved brother, and Caius, the man who has stolen his heart.

Two lives that mean more to Drusus than his own.

END_OF_DOCUMENT_TOKEN_TO_BE_REPLACED

Posted on September 4, 2019 by thebloggergirls

Beyond Identity by Karrie Roman 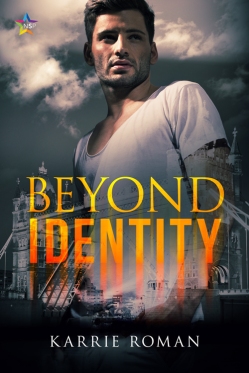 Noah Lancaster’s life is a mess. He doesn’t know much about his past or who is parents really were. When he’s beaten on the streets one night while sleeping rough, the attack doesn’t feel like just another random assault on a vulnerable target. Somebody wanted Noah dead. But who’d want to hurt him? He’s a nobody who doesn’t know where he came from or who he truly is.

Harry Cooper wants to launch his career as an investigative journalist by telling the stories of the hardships faced by the homeless. His latest subject was lucky to survive a brutal attack—the mean streets almost swallowing him up like so many others. Noah is a mystery to Harry and it seems to the man himself.

When Noah’s attack brings these two men together, neither could imagine they’re about to be pulled into a mystery one hundred and thirty years old—and half a world away. They’re about to discover a secret someone has already killed once to protect and one that might get them both killed.

Sometimes who you are goes far beyond who you thought you were.

END_OF_DOCUMENT_TOKEN_TO_BE_REPLACED

Posted on January 15, 2019 by thebloggergirls 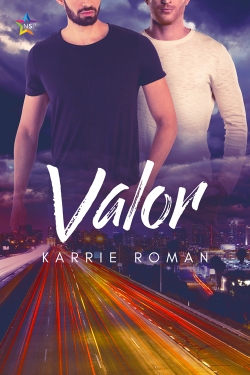 Years ago Asher Winsome almost lost his life in the jaws of a great white shark. It was the scariest moment of his life—until his four-year-old nephew is kidnapped. Called home to be with his family, who see him as the black sheep, Asher must rely on every bit of his courage if he’s going to help get his nephew back. But this is not an ordinary kidnapping. And the outcome will leave Asher running for his life.

Former FBI agent Alec Banner buries himself in his work to forget everything that’s missing in his life. His job, at a private company run by an old friend, locating missing children can be tough and brutal, but Alec is no stranger to working with the worst of humanity. From the minute he’s called to help on the Winsome kidnapping he knows something is different.

Thrown together under such difficult circumstances Asher and Alec are drawn to each other’s unrelenting courage even in the face of their fears. But a relationship begun under such impossible stress can’t survive. When his job is finished Alec runs from Asher and his growing feelings, but the danger hasn’t passed, in fact it has only just begun. And both men will need to be brave if they are to survive.