Alex Gardner is a psychiatric nurse, Ross McKendrik a tattoo artist: both know the fears and strains of caring for an old man with dementia: Ross’s father. When lines between father and son are crossed and trust is broken between Alex and Ross—between a sub and Dom—Ross is in a fight for his life to earn the right to hear his sub say his name again. Only having grown up in the Scottish Highlands, Ross’s methods are a little… dangerous, his methods are a little… dark. Love is about to get very, very tough.
END_OF_DOCUMENT_TOKEN_TO_BE_REPLACED

Blurb:  You can never escape from yourself.

Zac McKenzie is an ex-professional footballer with a secret he gave up his career to protect. Several years ago, he fled to his home in the North East of Scotland to avoid being outed as gay. Now, he owns a successful hotel and restaurant, but is it time to finally come out into the open?

Seth Pritchard feels he is damaged goods. He comes to Scotland to escape memories of the accident that left him injured, his bullying step-brothers and a life of lies.

For their whole lives, Zac and Seth have denied who they truly are to themselves as well as to others. When they meet, each man is forced to confront his fears and tear them down one by one.
END_OF_DOCUMENT_TOKEN_TO_BE_REPLACED 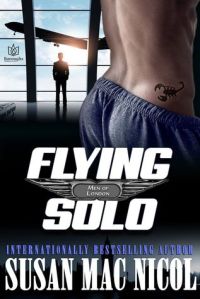 Maxwell Lewis is proud of the life he’s made. Having turned tragedy into triumph, he’s now a beloved member of a Target Airlines cabin crew with more than his fair share of attention both in the air and on the ground. But lately he’s wanted something more than the occasional hook-up or sometime sex buddy—particularly after meeting game designer and passenger Gibson Henry.

Talented and driven, Gibson has built a company ready to be the next big thing in gaming. Devoted to his work, he takes onetime pleasures where he find them and never does repeats…which is what he tells handsome, sexy Maxwell Lewis after a little mile-high flight attendance. But a chance encounter in a London club is about to change things forever. Two men, one who’s flown solo and another who’s only ever played alone, are about to find that at some point all games come to end, it’s time to bare your heart and try for love.
END_OF_DOCUMENT_TOKEN_TO_BE_REPLACED