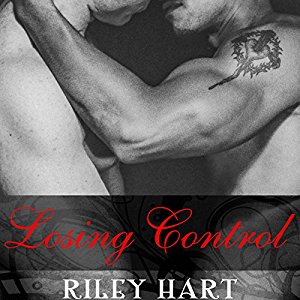 Blurb: On the surface Ben seems to have it all: money, influence, good looks. He smiles and jokes in all the right places, but it’s all a façade. Inside he’s a wreck, and it’s only getting worse. With his congressman father using Ben’s recent kidnapping for his own political agenda and Ben still struggling to get over the only guy he’s ever loved, he feels like he’s losing his grip on reality, and he’s quickly spiraling out of control.

Then he meets Dante, an enigma of a man with as much self-hatred as Ben has. In Dante Ben finds what he didn’t know he needed: Dante’s control, his power, is the only thing that clears the fog in Ben’s brain. For the first time in his life, Ben has a lover who just might need Ben as much as Ben needs him. When they’re together the demons from their pasts don’t lurk so heavily on their shoulders.

But Dante can’t fix him. Not when a memory from Ben’s past is haunting him in ways he doesn’t understand, waiting for him to put together the missing pieces in his head…and what he discovers just might have the power to break him for good.