Posted on April 3, 2019 by thebloggergirls 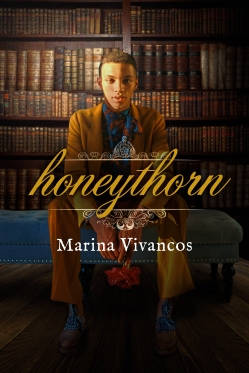 Omega Milan Pryor knows his duty. He must travel North through the continent towards the snow, the cold, and his new betrothed. They say that Lord Alpha Raphael Ledford, the man he is to marry, is as artic as the weather of his land. But Milan has always been an optimist. Perhaps he might find friendship in the arranged marriage. Even love.

It doesn’t take long for Milan to realize that all the rumours about Lord Raphael are true. Reclusive, distant, frigid. Milan finds himself unwelcome in what he must now call his new home. He’s used to fighting for what he wants—but can he survive a husband as cruel as Lord Raphael?

Or will Milan perish along with his heart?
Available at: Amazon

END_OF_DOCUMENT_TOKEN_TO_BE_REPLACED

Release Blitz: All That Has Flown Beyond by Marina Vivancos + Giveaway!

Posted on December 3, 2018 by thebloggergirls

All That Has Flown Beyond by Marina Vivancos 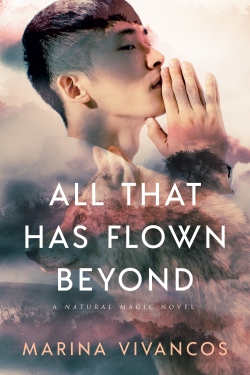 Kaiyo’s bloodline has been part of the Garrow pack for generations. He has been destined to be shaman, to anchor the werewolves to the land, and lend aid with the force of his Ousía. When Kaiyo is fourteen, however, an attacking group kills all of the adults in the pack, leaving young Ahmik, only fifteen, as leader.

Their worries don’t end there.

Smelling blood in the water, enemies hunt the decimated pack from all sides. Kaiyo grows increasingly reckless in his desperation to defend his pack, to finally grow into his shaman powers, and to protect Ahmik: the boy he loves.

In the end, Kaiyo loses his pack anyway.

Packless, landless, Kaiyo drifts. For ten years, he fights to remake himself into the shaman, and the man, he was meant to become. One phone call from his old pack, though, and he is forced to return.

Something is killing children and Kaiyo is the only one strong enough to stop it.

Kaiyo never thought his journey would take him back to his old land, his old pack, and to Ahmik. Forced to face his past, and the wounded love that still aches for Ahmik, Kaiyo will be tested like never before.

Content Warning: This story contains themes of depression and associated thoughts and behaviours. However, as always, it focuses on recovery and strength.

This book takes place in the Natural Magic world but can be read as a standalone.

END_OF_DOCUMENT_TOKEN_TO_BE_REPLACED

Categories: Book Promo, Giveaways, Published in 2018 | Tags: All That Has Flown Beyond, Marina Vivancos, The Blogger Girls | 1 Comment

Posted on October 22, 2018 by thebloggergirls

I’ve Been Careless with a Delicate Thing by Marina Vivancos 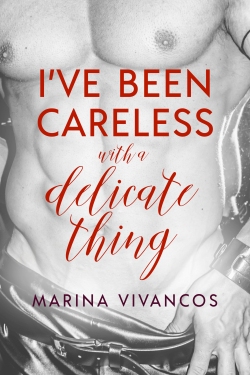 Silas meets gorgeous, grumpy-looking Oscar at a bar. He’s never had sex with a guy, and what better place is there to find someone to pop that particular cherry?

He knows what he’s getting with the broad-shouldered, I-can-pummel-you-with-one-look Oscar: getting bent over a hard surface and satisfied until he’s blaspheming. Turns out, though, there’s a lot more to Oscar that meets the eyes. Needs that you’d never guess just by looking at him. Needs that Silas turns out to perfectly meet.

One night turns into two, turns into three, turns into a dozen. It’s just a little friends-with-benefits relationship with a dollop of kink on the side. No feelings involved, right?

Right. Because Silas is just so good at keeping his heart in check.

END_OF_DOCUMENT_TOKEN_TO_BE_REPLACED

Release Blitz: In This Iron Ground by Marina Vivancos + Giveaway!

Posted on September 3, 2018 by thebloggergirls

In This Iron Ground by Marina Vivancos 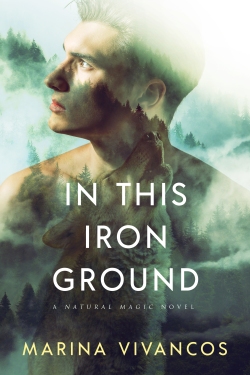 Damien is nine years old when his parents die. What should have been the worst moment of his life begins a journey shadowed by loneliness and pain. The night of a full moon, four years and seven foster homes later, Damien flees to the forest, desperate to escape everything.

Instead, he finds the Salgado pack, and the earth beneath his feet shifts. Damien has seen the Salgado children in his school: Koko, who is in his class, and Hakan, two years older and infinitely unreachable. Damien is suddenly introduced into a world that had only ever existed in his imagination, where there is magic in the forest and the moon. He meets creatures that look like monsters, but Damien knows that monsters have the same face as anybody else.

Over the years, Damien and Hakan grow closer. First, just as friends and foster brothers in the Salgado house, and then into something heated and breathless when Damien joins Hakan at college. Despite what he may yearn for in the darkest part of the night, Damien knows, deep down in that bruised and mealy part of his core, that he’s not good enough to be part of the Salgado family, their pack. He’s not worthy of calling Hakan his home.

Even though he knows in the end it’ll hurt him, he’ll hold onto this for as long as he can.

END_OF_DOCUMENT_TOKEN_TO_BE_REPLACED

Cover Reveal: In This Iron Ground by Marina Vivancos + Giveaway!

Posted on August 20, 2018 by thebloggergirls

In This Iron Ground

Damien is nine years old when his parents die. He goes into foster care, seven jumps and seven houses and seven families by the time he’s thirteen. He learns what words like ‘exhausting’ and ‘I can’t do this anymore’ really mean.

Then, he’s taken in by the McKenzies.

The McKenzies can see there’s something wrong with him. They try to fix him, but Damien isn’t sure if it’s making him better. All he knows is that he feels worse.

People say that that the moon has a call that even people can feel. In the wash of their blood and tide of their soul, they can hear it calling. Maybe that’s what makes Damien run through the forest on a full moon night, trying to escape what awaits him at the McKenzies. He wants to lose himself in the green and the silver, disappear into the black. Instead, he’s found.

The Salgado family have been part of the town for as long as anybody can remember. Their Native American roots are anchored deep into the ground, and Damien has seen the Salgado children in his school. Koko, who is in his class, and Hakan, two years older and infinitely unreachable. Damien is too much of a loser to ever have anything to do with either of them, until that full moon night reveals that the Salgados are not only a family. They are a pack.

Damien is suddenly introduced into a world that had only ever existed in his imagination, where there is magic in the forest and the moon, in the earth under his feet. He meets creatures that look like monsters, but Damien knows what monsters look like. They have the same face as anybody else.

The Salgados welcome Damien in a way he never would have expected. Damien and Hakan grow closer, first into friendship, and then into something heated and breathless as they end up in the same university together. But, Damien knows, deep down in that bruised and mealy part of his core, that he’s not good enough to be part of their family. He’s not worthy of calling Hakan his home.

Damien is used to losing things, but he’ll hold onto this for as long as he can.

CONTENT WARNING: This book contains themes of (non-sexual, mostly emotional) child abuse and the subsequent emotional, cognitive and behavioural impact on said child. However, at its core, this book is about recovery through found family and love.

This story contains several sexually explicit scenes between consenting adults and therefore is meant for an adult audience.

And the moment you’ve been waiting for! The In This Iron Ground cover reveal… END_OF_DOCUMENT_TOKEN_TO_BE_REPLACED