Posts Tagged With: Santa for Hire

Posted on December 1, 2016 by thebloggergirls 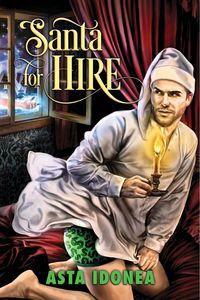 Blurb:  Dumped by his ex on Christmas Eve two years ago, Oxford Street department store manager Richard Barrett now hates the holidays. Things go from bad to worse when the store’s usual Santa is too ill to reprise his role and the firm sends cocky but handsome Blaine Ryder to take his place. The attraction between the two is clear, but Blaine is an incorrigible player who reminds Richard of his ex. His idea of a relationship is a quick roll in the hay, and his advances have Richard running for the hills. It might take some special intervention for both of them to realize they can change enough to have a chance at a holiday romance.
END_OF_DOCUMENT_TOKEN_TO_BE_REPLACED