Book Review: The Probability of Mistletoe by E.J. Russell

Blurb: When software engineer Keith Trainor decides to start his own company, he knows exactly who he wants as his partner: Parker Mulvaney, his best friend from high school. But in the ten years since graduation, their contact has dwindled to nothing, and it’s all Keith’s fault. If he hadn’t tried to kiss Parker under the mistletoe at the winter formal their senior year, Parker wouldn’t have bolted. At their ten-year reunion, Keith intends to do everything in his geeky power to make amends.

Parker should have known that scheduling the reunion the day before Christmas Eve was a recipe for a headache of monster proportions. But when Keith sends a text that he’ll be attending, the evening doesn’t look so bleak. Can an unnecessary makeover, a nostalgic breakfast, an abortive shopping trip, and a whole lot of mistletoe culminate in a long-overdue first kiss? END_OF_DOCUMENT_TOKEN_TO_BE_REPLACED

Blurb: Kill his lover or disobey his king and instigate civil war?

As the feared court poison master, Nikko is sworn to do as his king bids. As the lover of the king’s nephew, Lord Rodas, Nikko must hide his affection or risk being labeled a traitor and punished. A former thief who clawed his way into the palace from the filthy streets, Nikko longs to be deserving of Rodas’s love.

A respected war hero, Rodas is in a delicate political situation. He is not the kingdom’s natural heir, though many support his claim over the wastrel, Prince Fortin. The last thing Rodas wants is war. His highest ambition is for Nikko to openly wear the jewels he’s bestowed on him as a public declaration of their love.

Neither man is prepared for the king to order Nikko to poison Rodas during the solstice feast or for the deadly intrigue they’re plunged into, which exposes their affair and rocks the foundations of the kingdom. END_OF_DOCUMENT_TOKEN_TO_BE_REPLACED

Blurb: Snowed in together in their college dorm, two men share a quick connection that creates enough heat to spar with the blizzard outside.

Rory Blackwell plans to rejuvenate his mind and repair his battered heart after his world is shaken by an unexpected breakup. James Austin’s freshman-year plans of improving his social life crashed and burned, leaving him feeling as alone and outcast as he did back home.

One man is hurting while the other is eager to provide comfort. One is a virgin, the other experienced with other men. Both are looking forward to Winter Break, but can they take full advantage of their situation—or will the passion ignited between them fizzle out with the storm? END_OF_DOCUMENT_TOKEN_TO_BE_REPLACED

Blurb: Stokely leads a solitary life, trying to do all the right things. He has a solid, respectable job, a properly decorated, respectable apartment, and goes to work every single day, no matter what. But it’s Christmas, and he hates Christmas, especially since his one guilty pleasure, listening to Asher Banks on the radio, is ruined with upbeat, holiday garbage.

Asher is the polar opposite—he loves Christmas to a fault and schedules himself into the ground with fundraisers to help the local community. When Asher and Stokely meet during one of the holiday spectacles Asher has thrown together, sparks fly, but neither one of them has ever had a real Christmas—or a real home. Will they be able to make one with each other? END_OF_DOCUMENT_TOKEN_TO_BE_REPLACED 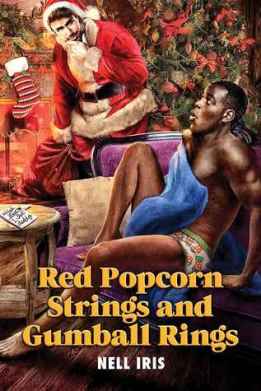 Blurb: Christmas is coming, and young couple Casey and Ellis are very much in love. Unfortunately, they’re also the definition of dirt poor, and they don’t have the money for nonessentials like decorations. Or a turkey. Or gifts. Between the recent death of Casey’s beloved momma and Ellis’s estrangement from his family, all they have is each other.

When Ellis finds the saddest-looking Christmas tree south of the Mason-Dixon Line thrown away outside his workplace and brings it home to Casey, things look up. Life is still a struggle, but wealth isn’t always measured in money, and what seems worthless to others is often invaluable to the people who love it. END_OF_DOCUMENT_TOKEN_TO_BE_REPLACED

Posted on December 7, 2017 by thebloggergirls

Blurb: Ethan Hall plans to fill Saturday, December 23, with junk food and bad TV, a day just for him amid the holiday chaos… until his baby sister calls and begs him to go collect a present for her. At the biggest shopping center in Australia. On the busiest shopping day of the year. Hell no. Right?

Ethan’s soft heart gets the best of him. He battles through the parking lot, and in the main shopping concourse, he’s trampled, elbowed, and bombarded with terrible holiday music. Then he enters hell itself, a specialty store aimed at women… where he meets Ty. They bond in a sea of estrogen and manic shoppers, fighting together to attain freedom, only to find they’re not quite ready go their separate ways..
END_OF_DOCUMENT_TOKEN_TO_BE_REPLACED 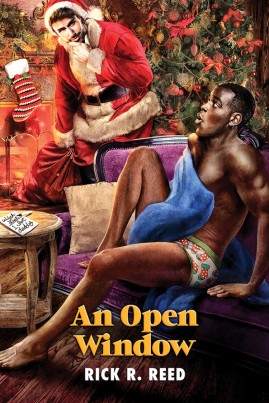 Blurb: Two men. One Christmas Eve that changes the courses of both their lives.

Henry’s homeless and only wants a warm place to sleep on the coldest night of the year. A forgotten open window in a darkened house entices Henry inside with the promise of warmth and comfort. He knows it’s bad, but he promises himself he’ll be out before the owner wakes on Christmas morning. Except he oversleeps and the homeowner, Jim, discovers a bearded stranger sawing logs under his dining room table. When the shock and the drama that ensues dies down, Henry and Jim discover that they might have found, quite unexpectedly, the Christmas miracle they’d both been longing for—love and home. END_OF_DOCUMENT_TOKEN_TO_BE_REPLACED

Everything changes with the appearance of Luz Espina’s lifepod. Filo shares many interests with the flirtatious Luz, though Filo’s isolation has strained his communication skills. Still, Luz pushes all his buttons… and reminds him of the last man he was attracted to—an attraction that ended in disaster because the man was straight. When Luz learns Filo has never celebrated a holiday, he vows to cobble together a Claus Day celebration for them to share. But is it merely a friendly gesture… or something more? END_OF_DOCUMENT_TOKEN_TO_BE_REPLACED

Book Review: Hope Is the Thing with Feathers by Brandon Witt 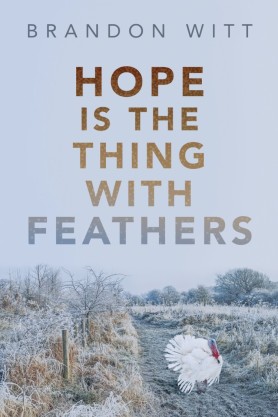 Blurb: Fifty-six-year-old Samuel Phipps is all alone on his small farm in the Ozarks, with nothing but a menagerie of chickens, pheasants, turkeys, and other birds as company—which is just the way he likes it. In fact, if Samuel had his way, he’d tear down his neighbor’s house so his solitude could be absolute. One day Faloola, his favorite turkey, escapes, forcing Samuel to make the trek next door. When Raymond Webber—sixty-seven—answers the door as naked as the day he was born, Samuel doesn’t know whether he’s more annoyed… or attracted. The two men are opposites in every way—Samuel is serious, while Raymond believes in free love and herbal relaxation. The weeks leading up to Christmas are rocky to say the least, but some holiday spirit might help them get past their differences….
END_OF_DOCUMENT_TOKEN_TO_BE_REPLACED

Blurb: Frankie Faraday is a promising young salesperson at Mason’s Emporium. Bill Mason is his boss, the son of the store’s founder, and the object of Frankie’s long-suffering, deeply devoted crush. Bill is steady and sober; Frankie is frivolous and flaky. Or so they seem to each other, until the night of the annual inventory, when they’re trapped together in the Seasonal Gifts storeroom, with nothing but candy and peppermint schnapps to sustain them until they’re rescued. And then the real truths—and something definitely more intimate—emerge!
END_OF_DOCUMENT_TOKEN_TO_BE_REPLACED