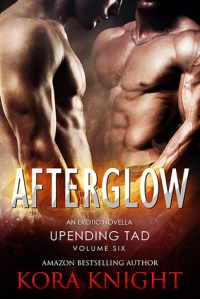 Blurb:  With his secret out and uncertainty behind him, Tad finds himself in this new, incredible place. A place where, finally, he can just be himself. Which means no more over-analyzing every feeling Scott stirs inside him. Because now Tad has the confidence to act on them instead. To be with the guy that he’s head over heels with in every imaginable way. In public. In private. Without any reservations. An internal freedom he never knew existed until Scott came and unlocked the door. Experience their story’s final installment, filled with playfulness and promise, laughter and love. And, yup, some of that hot stuff, too.
END_OF_DOCUMENT_TOKEN_TO_BE_REPLACED 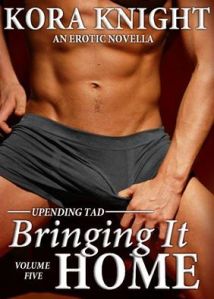 Blurb:  It’s Friday night and Tad finds himself doing pretty much what he’d expected. Celebrating with his friends at a night club in honor of their buddy Breck’s birthday. The music’s pumping, drinks are flowing, as laughter and dancing bodies abound.

Nothing too outlandish, nothing unusual.

Until Scott and his own crew show up at the place. Funny how the one person Tad prefers above all others is the last person he wants to see. But now that he’s spotted the guy across the room, he can’t seem to take his eyes off him. Which winds up being a very bad thing. Seems Scott out in public with other attractive men is a much different story than Tad’s used to.

As one disturbing event after another unfolds, Tad splits before he loses his mind. But the breather he needs he does not get. In fact, things just go from bad to worse, the night ending on a note he never would have imagined. As things between Scott and him hit rock bottom, the only direction left must be up. If only Tad’s life would follow such a formula. But the path he’s been walking lately has never been that simple.

With a world of revelations finally revealed, can Tad find it in himself to make peace with Scott’s past so they can finally head into the future?
END_OF_DOCUMENT_TOKEN_TO_BE_REPLACED

Posted on February 9, 2015 by thebloggergirls 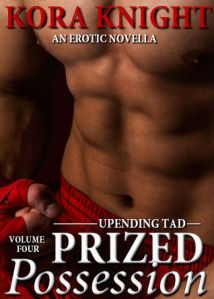 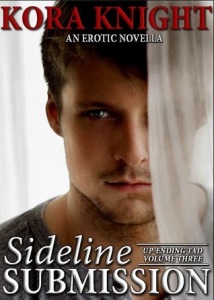 Blurb:  Round two with Scott hadn’t been what Tad expected, but it did end up providing a few important realizations. For one, that crazy first encounter was definitely more than mere male hormones. Which meant he felt a true attraction to the guy. Something that explained his defenselessness against Scott’s smoldering charms. Seriously, the dude had cut through his fortifications like the things hadn’t even existed.

Which, yeah, was pretty unsettling.

So Tad had resolved to cope with his findings the only logical way he knew how: purge the guy from his system once and for all by staying away for good. Unfortunately, that proved way more uncomfortable than he’d anticipated. Seemed his ‘stupid infatuation’ ran considerably deeper, which made going cold-turkey one miserable chore.

So when Scott unexpectedly seeks him out, Tad’s too drained to fight his turmoil any longer. Allowing himself a much needed fix, he agrees to hang out, neither he nor Scott knowing Dom boy Max will end up part of the deal. What starts out as an unassuming evening quickly turns shockingly licentious. Question is, will Tad be able to handle it? And more importantly, what path will it send him down in his ongoing journey of discovery?
END_OF_DOCUMENT_TOKEN_TO_BE_REPLACED 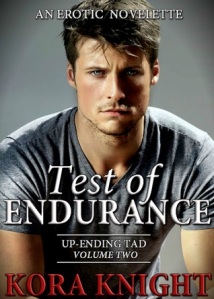 Blurb:  The last time Tad saw Scott, the ripped physical trainer left him with quite a lot to think about. And that’s pretty much all Tad’s been doing for nearly two weeks straight. At his wit’s end, he seeks Scott out, voluntarily, on his own terms. Will the completely different setting offer what he’s seeking; proof that their exchange’s unexpected turn was just a random mishap? Hormones run amok and truly nothing more? Or will being in Scott’s presence suggest something different… their newest encounter tempting Tad’s resolve while testing his ultimate limits.
END_OF_DOCUMENT_TOKEN_TO_BE_REPLACED

Posted on September 19, 2014 by thebloggergirls 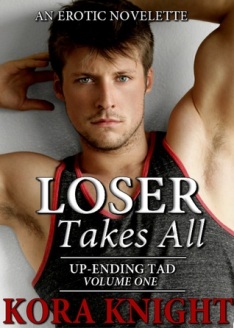 Blurb:  Tad’s weekend started out like any other; hitting a college frat party with a handful of buddies. But just as the evening hits its peak, things get up-ended fast. Ditched by his drunken, trolling friends, Tad winds up getting hustled by three jocks playing poker. Now he’s forced to pay his dues in the most outlandish of ways; accepting a couple broken bones or spending an hour with his victors’ favorite flogger, Scott. But the guy’s tantalizing torture quickly proves to be the least of Tad’s worries… and the kickoff to a night of raw, shocking lust.

Experience the graphic, minute-by-minute account of that hour spent at the hands of Tad’s insatiable tormentor. Addicting chemistry lights the stage as Scott ignites Tad’s reluctant desires into a frenzy of forbidden need.
END_OF_DOCUMENT_TOKEN_TO_BE_REPLACED