Audio Review: Out of Nowhere by Roan Parrish 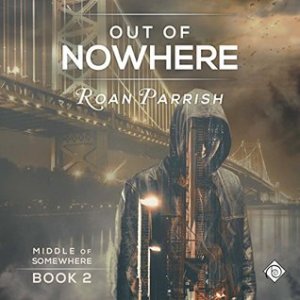 Blurb: The only thing in Colin Mulligan’s life that makes sense is taking cars apart and putting them back together. In the auto shop where he works with his father and brothers, he tries to get through the day without having a panic attack or flying into a rage. Drinking helps. So do running and lifting weights until he can hardly stand. But none of it can change the fact that he’s gay, a secret he has kept from everyone.

Rafael Guerrera has found ways to live with the past he’s ashamed of. He’s dedicated his life to social justice work and to helping youth who, like him, had very little growing up. He has no time for love. Hell, he barely has time for himself. Somehow, everything about miserable, self-destructive Colin cries out to him. But down that path lie the troubles Rafe has worked so hard to leave behind. And as their relationship intensifies, Rafe and Colin are forced to dredge up secrets that both men would prefer stay buried.
END_OF_DOCUMENT_TOKEN_TO_BE_REPLACED

Book Review: Rise Out of the Flames by Jackie Nacht 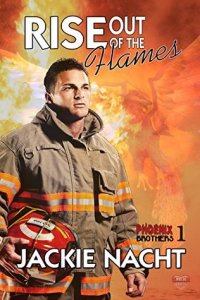 Blurb: Come and get saved by these phoenix firefighters brothers.

Holden, a phoenix shifter, works at Rhodes Fire Department alongside his family. When he encounters his Sun, Rick, he’s half naked on the fire escape and Holden knows he’ll do anything to save Rick from the burning building. Even with the world knowing about paranormal beings, Holden has to figure out a way to tell Rick about himself. Phoenixes exist under the radar; keeping to small groups out of the limelight. Slight problem with maintaining secrets since it seems Rick may have unknowingly exposed himself to the phoenixes new enemy. How will Holden protect Rick with what happens when he goes up in flames?
END_OF_DOCUMENT_TOKEN_TO_BE_REPLACED