Blurb: Aaron has spent the past 10 months alone. When he meets a sad, yet strangely familiar man on a cold Halloween night, he impulsively invites him home. But the intimate connection they share lasts only until morning. Aaron wakes up alone – wracked with guilt and devastated to have lost his chance. Or so he thinks.

Thanksgiving brings Aaron another shot at happiness, but letting go of an old love and accepting a new one isn’t as easy as everyone keeps telling him. And by the time Christmas Eve rolls around, it becomes clear that Aaron’s not the only one struggling to let himself love again.

Christmas miracles are all well and good, but it’s going to take more than the Holiday Spirit for Aaron to get his happy ever after.

A story of grief, sadness, and letting it go; and finding love when you least expect it.
END_OF_DOCUMENT_TOKEN_TO_BE_REPLACED 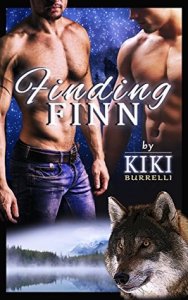 Blurb: Finn thinks he’s not worthy of love. Luke thinks he’s destined to be a lone wolf. But once they find each other, their lives will never be the same.

Fresh out of the institution after a failed suicide attempt, Finn’s ready to crawl back up and reclaim life. He’ll stick to his plan, take the tests, kiss all the butts and get back into grad school. That’s all he thinks about until he meets his new roommate the older, intimidating Luke.

Kicked out of his pack for being gay, alpha wolf Luke sees no way out of the solitary life he leads. That is, until he sees Finn, bent over the kitchen island, and the need to claim him, take him, becomes too much to bear. He’ll do whatever it takes to bring Finn out of his shell and convince him they’re mates.

But Luke’s alpha essence begins to change Finn in ways he never could have imagined. While the possibility of starting a family fills him with pride, the fear of the unknown, of what it could do to Finn, fills him with dread.

One thing Luke knows for sure–there is no going back, not after finding Finn.
END_OF_DOCUMENT_TOKEN_TO_BE_REPLACED