Audio Review: His Hart’s Command by A.E. Via 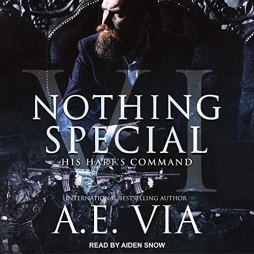 Blurb: Lennox Freeman (Free) is one of the best hackers in the world which has caused him to spend most of his life on the run. Never able to put down roots, he couldn’t trust anyone not to take advantage of him, even his own family.

Ivan Hart has lived and bled one creed all of his life: To Serve and Protect. His intense focus and determination in law enforcement has led him to finally commanding his own team. He’d worked hard to put together a squad of badasses capable of backing up a very dangerous team of detectives. Being God and Day’s last line of defense came with a lot of responsibility that he took very seriously.

After his divorce was final Hart turned right around and remarried his job. He had his good friends there in the office with him every day, so it was easier to ignore the few quiet hours he spent at home alone each night. He’d settled well into his new routine and was comfortable with it. Then God decided to disrupt everything by hiring another tech specialist for his department. A man whose brains, trendy looks, and voice would leave Hart tongue-tied and captivated at their first introduction.

Posted on December 5, 2016 by thebloggergirls

Blurb:  Wolf shifter Alex Trevino has fallen hard for veterinarian Lacey Barton. Getting her to agree to a date is a lot of work—and winning her heart proves even harder.

Lacey can’t deny her crazy attraction to Alex, but she has no intention of letting herself fall for him. In her less than stellar experience, men don’t stick around.

When Lacey’s sister is kidnapped, it’s up to Alex to crack the case—and prove to Lacey that he isn’t going anywhere.
END_OF_DOCUMENT_TOKEN_TO_BE_REPLACED

Book Review: To Love a Wolf by Paige Tyler

Posted on June 5, 2016 by thebloggergirls

Blurb:  HE’S FOUND THE ONE…

SWAT officer Landry Cooper is certain Everly Danu is The One. The problem is, she has no idea what Cooper really is. And as much as he wants to trust her, he’s not sure he can share his deepest secret…

When Everly’s family discovers Cooper’s a werewolf, her brothers will do anything to keep them apart-they’ll kill him if they have to. Everly is falling hard for the ridiculously handsome SWAT officer, and she’s not about to let her brothers tell her who she can love… Until Cooper’s secret is exposed and she discovers the man she thought she knew is a monster in disguise.

BUT CAN HE KEEP HER?
END_OF_DOCUMENT_TOKEN_TO_BE_REPLACED

Blurb: Julian “Quinn” Quinetro, a gruff, tough Miami SWAT officer, has been injured on the job, and all he’s looking for is a little peace and quiet to recover—difficult to achieve with his large Cuban family. An adventure in picking up his prescriptions puts him in the path of his geeky, brownie-baking neighbor, Spencer Morgan. Spencer sweeps into Quinn’s life like a tropical storm of sunshine and rainbows. Not surprisingly, it’s chaos at first sight. Quinn’s in need of a little tender loving care, and Spencer decides he’s just the man for the job. Their very different lives might clash, but they might also find some common ground—and maybe more.
END_OF_DOCUMENT_TOKEN_TO_BE_REPLACED 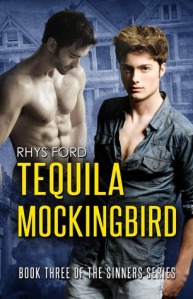 Blurb: Lieutenant Connor Morgan of SFPD’s SWAT division wasn’t looking for love. Especially not in a man. His life plan didn’t include one Forest Ackerman, a brown-eyed, blond drummer who’s as sexy as he is trouble. His family depends on him to be like his father, a solid pillar of strength who’ll one day lead the Morgan clan.

No, Connor has everything worked out—a career in law enforcement, a nice house, and a family. Instead, he finds a murdered man while on a drug raid and loses his heart comforting the man’s adopted son. It wasn’t like he’d never thought about men — it’s just loving one doesn’t fit into his plans.

Forest Ackerman certainly doesn’t need to be lusting after a straight cop, even if Connor Morgan is everywhere he looks, especially after Frank’s death. He’s just talked himself out of lusting for the brawny cop when his coffee shop becomes a war zone and Connor Morgan steps in to save him.

Whoever killed his father seems intent on Forest joining him in the afterlife. As the killer moves closer to achieving his goal, Forest tangles with Connor Morgan and is left wondering what he’ll lose first—his life or his heart.
END_OF_DOCUMENT_TOKEN_TO_BE_REPLACED