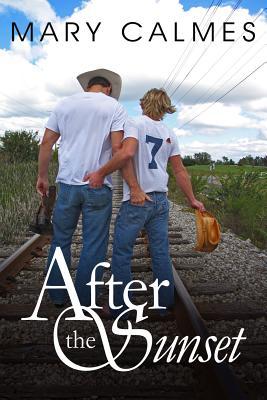 Blurb: Two years after riding off into the sunset with ranch owner Rand Holloway, Stefan Joss has made a tentative peace with his new life, teaching at a community college. But the course of true love never does run smooth. Rand wants him home on the ranch; Stef wants an exit strategy in case Rand ever decides to throw him out. Finally, after recognizing how unfair he’s being, Stef makes a commitment, and Rand is over the moon.

When Stef gets the chance to prove his devotion, he doesn’t hesitate—despite the risk to his health—and Rand takes the opportunity to show everyone that sometimes life’s best surprises come after the sunset. END_OF_DOCUMENT_TOKEN_TO_BE_REPLACED 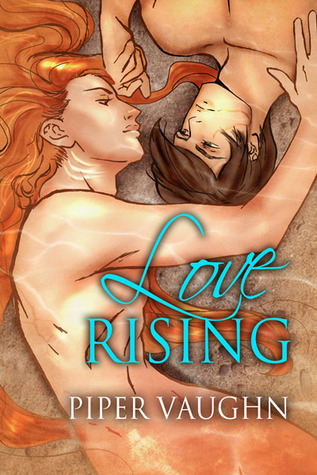 Blurb: In the 1700s on the island of Sagrario, men who love other men find safe haven. For Francis Holland, an escaped indentured servant, Sagrario offers nothing but loneliness. His life begins to change when he finds Wick, a merman, washed ashore.

When Wick awakens under Francis’s care, Francis returns him to the sea at his request. Soon after, they begin to meet in secret, and gradually, Francis blossoms under this new companionship. However, a merman is a difficult creature to entrust one’s heart to. With one trapped on land and the other at sea, the differences in their species threaten to keep them apart forever. It may not be long before Wick is gone, taking Francis’s reason to smile with him. END_OF_DOCUMENT_TOKEN_TO_BE_REPLACED 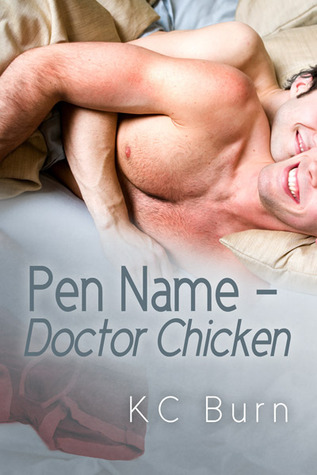 Blurb: Sometimes Stratford Dale feels like Doctor Chicken consumes his life. It’s his pen name for a series of wildly popular children’s books. They were his brainchild; he meant for them to be a way to pay his many bills while he pursued his dream of publishing graphic novels. But the Doctor Chicken contract was a raw deal. Instead, he churns out book after book for a pittance, leaving him broke and no closer to his dreams.

Stratford’s dreams of love have fared no better, but he’s still trying. After yet another disastrous date, he’s intrigued by a man going into a cooking class—so he takes the class too. Vinnie Giani is a successful, self-made man who is charmed by Stratford’s bow ties, sharp humor, and clumsiness—which leads to an opportunity to take Stratford in for stitches. Vinnie is, above all, responsible, having taken on the care of his mother and sisters from a young age. Perhaps it’s natural when he begins to treat Stratford more as a child who needs a parent than as an equal partner. But when Vinnie tries to “fix” Stratford’s career woes—including the Doctor Chicken problem—and ends up making the situation worse, their fledgling relationship may not withstand the the strain created by blame and lies. END_OF_DOCUMENT_TOKEN_TO_BE_REPLACED

Blurb:  Eighteen–year-old Jonathan Moore works as a garden hand on a lord’s estate in Victorian England. On a festive servants’ day off, he visits the Christmas fair, hoping to fulfill his childhood dream of riding the carousel. The trip turns out unexpectedly when he catches the eye of impudent footman Francis Johnson. Despite Jonathan’s reservations, the flirtatious Francis doesn’t give up, and after some hesitation, they share a ride on the glittering carousel. Before they say good-bye, Francis asks to meet again, and with a quickening heartbeat, Jonathan agrees.

Rarely having a day off from their duties, their yearning for one another cannot be quenched, while Jonathan’s fear of heartbreak makes him uncertain whether Francis is the right man for him. Meanwhile, Francis does everything in his power to make a next date happen. Will Jonathan’s naïve heart give in to the temptation of the seductive footman? END_OF_DOCUMENT_TOKEN_TO_BE_REPLACED