Firstly, I love fantasy. I love dragons and elves and all mythical creatures–basically anything that lets me escape into a different world. I’m so happy to have had the chance to create one of my own.

When I first starting writing this series, way back in February 2013, my original idea was for one book. But as I began to plan it out, and actually start writing, I suddenly found myself with far more story than I could fit into one book.

And so one became three.

Capture introduces the two main characters, Nykin–a dragon rider in the Torserian Army, and Ryneq–the King of Torsere. It details the start of their relationship when they get taken prisoner, and are forced to work together. The interaction between Nykin and his dragon, Fimor, features heavily in this first book, and also throughout the whole series. They are bonded through a telepathic link, and Fimor is very opinionated.

Union, the second book in the series, carries on the story but is based around how the dynamic between the two main characters changes. Nykin has to deal with keeping his position in the king’s army, while also being involved with the king. Their relationship deepens, but with the threats to the kingdom looming on the horizon, they struggle to find time to explore the physical side. But they manage, somehow.

The third and final book, Alliance, has loads of action mixed in with romance. Everything that’s been building in the previous two books comes to a head, and Ryneq has some difficult decisions to make. Nykin doesn’t agree with some of them, and with all that’s happening around them, emotions run high. I’ve literally just finished writing this one.

It’s taken me a little over a year to complete the whole series, and I’m really going to miss writing about these two, and of course Fimor. I think one of my favourite things has been imagining what a snarky, old, interfering dragon might have to say. 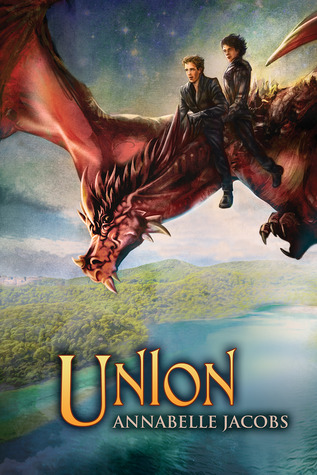 After the defeat of the Lowland Army at Torsere and with King Seran on the run, King Ryneq and his sister, Cerylea, continue their journey to the Elven City of Alel to proceed with the union of the two realms. Fully recovered from his injuries and newly announced as King Ryneq’s Consort, Nykin returns to his duty as a Dragon Rider in the King’s army. He and Ryneq have little opportunity to celebrate their union, but make the most of their time together before leaving for Alel. Since the ambush at Neest River destroyed the main bridge, traveling by ship is the only option. An unusual storm threatens their crossing, making Ryneq wonder if some new magic is rising against them.

As the wedding between Cerylea and the Elven prince Morkryn approaches, the dragons sense a malevolent presence. To protect the young couple’s fragile bond, Nykin and his dragon, Fimor, take to the skies, setting up a patrol along the border of the magical city. But as the evil grows more potent, the enchanted boundary grows weaker. Ryneq and Nykin must combine their strength to protect their people from Seran’s extreme plot for revenge.

Annabelle Jacobs lives in the South West of England with her husband, three rowdy children, and two cats.

An avid reader of fantasy herself for many years, Annabelle now spends her days writing her own stories. They’re usually either fantasy or paranormal fiction, because she loves building worlds filled with magical creatures, and creating stories full of action and adventure. Her characters may have a tough time of it—fighting enemies and adversity—but they always find love in the end.

In honor of her new release, Annabelle has kindly offered to give away an ebook copy of Capture to one luck winner!

The giveaway starts now and will end next Wednesday, April 16th, 2014, at 11:59 pm EST. After which the lucky winner will be randomly picked.

Make sure to follow the blog for the winner’s announcement post or check back next Thursday, April 17th, 2014, to see if you’ve won.

Don’t forget to check out Nikyta’s review of Union to see what she thought of it! You can also pre-order your own copy at Dreamspinner Press!