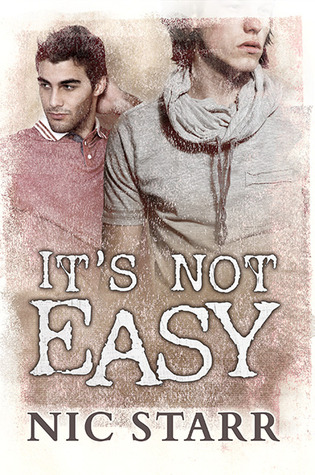 Blurb: Ben Cooper gave up on following his dreams to keep the peace in his family. Best friend Spencer Henderson has always been Ben’s rock. For Spence, who is in love with Ben, supporting Ben always came first, but as Ben starts to date their friend Suzie, Spence has to think of himself for the first time. The ramifications of one fateful night means leaving their small town may be Spence’s only option to protect his broken heart.

With trouble escalating at home and Spence out of reach, Ben finds it harder to cope. Without Spence’s help, Ben’s life may finally spiral out of control.

For some reason, I end up really liking some stories that many others gave a negative review to. This book was just that kind of story. I try never to go into a book with any kind of expectation, but instead, let the author tell me their story and try to see the world they’ve created on their terms, not mine. I believe the reason many people give out negative reviews is because of unfulfilled expectations. In this case, I had none and let the story unfold around me. And it worked.

Ben and Spencer are best friends and part of a larger circle of friends that spend a lot of time together. This group includes both males and females who seem to just enjoy being together. The problems occur when Ben and Spencer choose to not communicate their feelings for each other and instead make a ton of assumptions…that they were all wrong.

For a novella, there is a lot happening in this faced paced little story, and I found myself eagerly waiting to see what would happen next. The family drama of Ben’s, the conniving and totally unsexy moves of Suzie, and Spencer with his miscommunication and lack of communications, which usually drive me nuts, but since that is the basis of the whole story, I was able to deal with it and see it for what it was. I wanted some hot man action between Ben and Spencer, but this was more along the sweet side of things, so I had to put my dirty mind away for a little while 🙂 …I survived.

My one concern was the lack of dialogue and a tendency towards more telling. This story is spun beautifully, but the details that didn’t move the plot forward were sometimes excessive. But, the twists at the end with Suzie and Ben, and then with Ben and his dad, were quite unexpected and very enjoyable. I don’t usually like women getting in between my men in gay romance novels, but this one worked for me, and the happy ending made it all worthwhile. I just wanted a little more smexy.

So don’t let the lower review ratings scare you away from this short story. Nic Starr is a new author, and I applaud her strength in putting her work out here. It had its little issues, as most books do, but I mainly enjoyed it and think you will too.