Posted on January 9, 2017 by thebloggergirls

I can’t usually listen to music I know when I’m writing. Inevitably, I end up singing along and getting distracted from whatever I’m working on, so I’ve stopped trying to force it. That means I don’t usually create a playlist of music until after the first draft is done. Most often, I’ll be listening to something and one line will spark an “Oh, that reminds me of _____!” thought. This is how my book playlists get built. Slowly. Song by random song.

A note: the list below is in order based on band name, not anything book specific.

Being orphaned and almost kidnapped in the space of a week sent Blake Marks into hiding. For months, Blake tries to help the Calvers—a family of vigilante bodyguards—investigate the people behind the hit on Blake’s father, Isaac, but then the safe house is compromised. Just as hired thugs storm the house to grab Blake, Daelan Calver dives into the fight, getting them both out alive.

Hiding isn’t an option anymore, but hit squads, under-the-table deals, and international espionage? Blake has no idea how to handle any of it, not even with Daelan’s family there to play teachers. The one thing Blake knows for sure is that there are only two options: keep up with the Calvers or get out of their way.

But even with the Calvers’ help and the glimmer of a possible future with Daelan giving Blake hope, chances of survival keep shrinking. The man who ordered the hit on Isaac may be dead, but his partner is viciously cold-blooded, and her plans could change the course of history. Blake wants to finish what Isaac started, but it’s looking like someone is going to die before this is over. And that someone might be Blake. 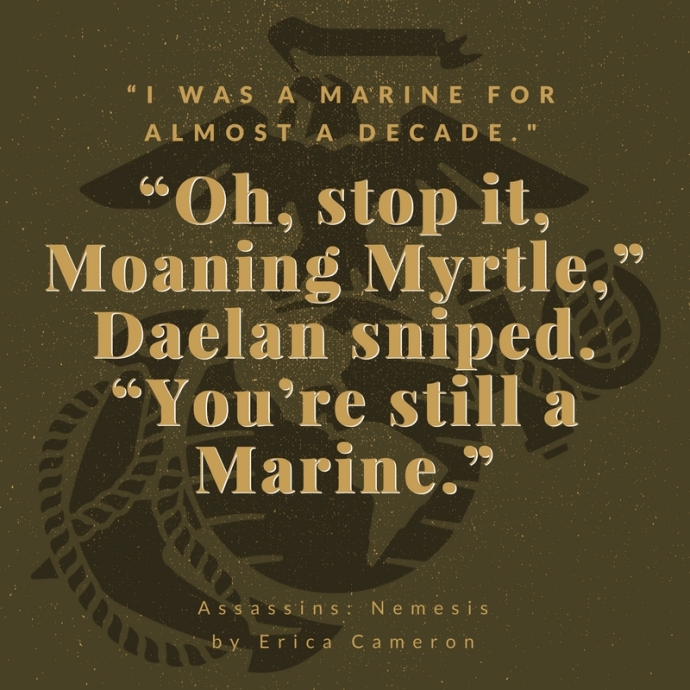 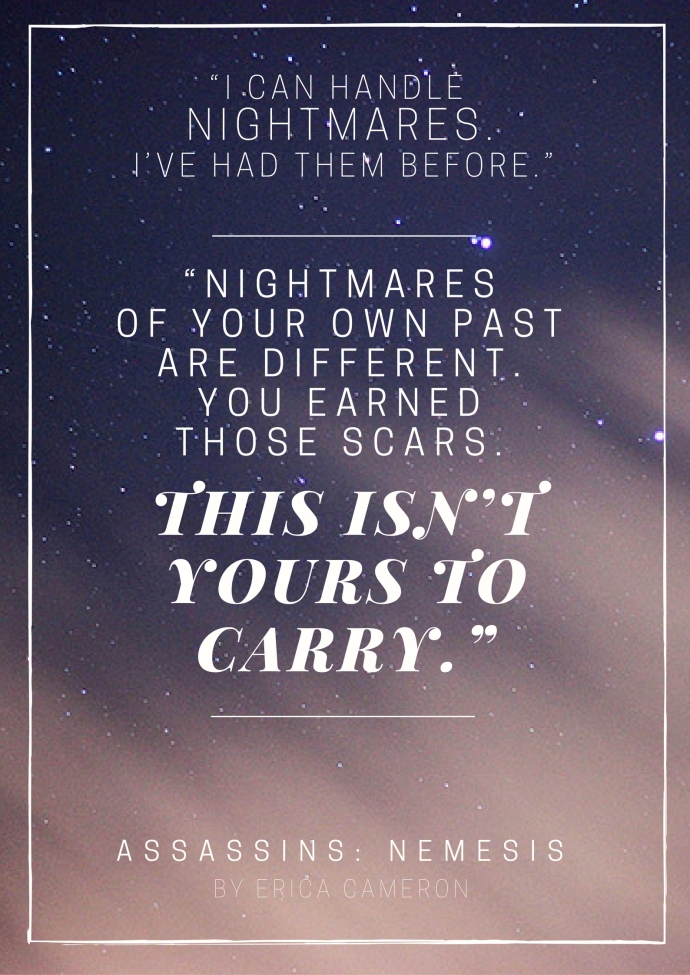 After a lifelong obsession with books, Erica Cameron spent her college years getting credit for reading and learning how to make stories of her own. Erica graduated with a double major in psychology and creative writing from Florida State University and began pursuing a career as an author.

Erica is many things but most notably the following: writer, reader, editor, dance fan, choreographer, singer, lover of musical theater, movie obsessed, sucker for romance, ex-Florida resident, and quasi-recluse. She loves the beach but hates the heat, has equal passion for the art of Salvador Dali and Venetian Carnival masks, has a penchant for unique jewelry and sun/moon décor pieces, and a desire to travel the entire world on a cruise ship. Or a private yacht. You know, whatever works.

To celebrate the release of Assassins: Nemesis, one lucky winner will receive $30 in Riptide Publishing credit! Leave a comment with your contact info to enter the contest. Entries close at midnight, Eastern time, on January 14, 2017. Contest is NOT restricted to U.S. entries. Thanks for following the tour, and don’t forget to leave your contact info!