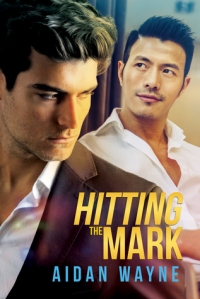 Blurb: Marcus Economidis is a famous action-movie star renowned for doing his own stunts. But put him back in his Michigan hometown for his latest project and he’s a nervous wreck. Why? Taemin Choi—the taekwondo master who trained Marcus and helped him move beyond debilitating shyness to become the man he is today. Taemin was Marcus’s first crush, and now that he’s grown, their reunion might lead to more than a mentorship.

Marcus’s kindness and confidence impresses Taemin, and the attraction is instant—for both of them. Making time for each other won’t be easy, what with Taemin training to qualify for the Olympics and Marcus working on his latest film. But it all seems worthwhile when they’re together, reacquainting themselves with each other—in the dojang and beyond—and nurturing a romance more satisfying than anything either ever thought possible.

But can their romance withstand the pressures of Marcus’s fame and Taemin’s grueling schedule?
END_OF_DOCUMENT_TOKEN_TO_BE_REPLACED

Posted on December 11, 2018 by thebloggergirls 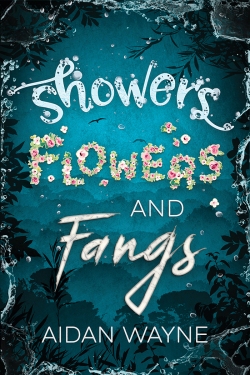 Blurb: Darren’s a pretty normal teenager: high school, exams, hanging out with friends, puberty. The whole half-fae thing adds some complications and being a trans guy makes his life a little more difficult, but he can’t complain. That is, until a newly turned vampire moves in with the witch down the street. Vlad, surly and standoffish, doesn’t seem to like Darren very much, so Darren is content to give him a wide berth—at first. As they grow closer, Darren realizes Vlad is having a hard time adjusting to his newfound vampirism, and since Darren knows how it feels to be uncomfortable in your own skin, he thinks he can help. While it turns out Vlad is pretty great, his problems are deeper than Darren realizes, and more dangerous.

Despite the dangers, feelings begin developing between the two young men.

Darren just hopes he’s not in over his head. END_OF_DOCUMENT_TOKEN_TO_BE_REPLACED

Posted on November 8, 2018 by thebloggergirls

“So how’d you end up on Broadway?” Russell asked, after they’d ordered and were waiting on their food. “You guys always have some stories to tell.”

“Mine’s pretty boring,” Skye said honestly. “I’ve got family in the area, which let me spend a lot of time auditioning around here. Child’s Play is my Broadway debut.”

Russell shook his head. “Gotta be more to it than that. How long did you spend auditioning? How did the audition go?”

“Oh, uh,” Skye laughed. “A few years. I mean, that’s how long I’ve been attending auditions. The audition for Child’s Play, well, they asked me to act as princely as possible. And my cousin has the most snooty, pampered, ‘I’ll grace you with my presence’ cat on the planet. So I just channeled her. The cat. Not my cousin.”

Russell smiled at him. “I figured.”

Skye’s cheeks went hot. He coughed. “Right, well, it worked out. I owe them both a lot. My family in general has been really supportive. They’re how I got where I am so far.”

“Shh, please don’t jinx it! We can talk about it once the show actually opens. Maybe.” The horror stories of shows that got all the way through rehearsals only to close before opening day still circulated. It was a very real fear. Child’s Play was new, and there was a chance it wouldn’t do well. Even once it opened, if it didn’t go over well with the critics…  “Anyway, I’m not counting on anything. I can’t.”

“Do you do something else then?”

“I work at a dance studio. I teach. Or tutor, really. I have privates.”

“Oh yeah? Bet they all were excited when their teacher went bigtime.”

Skye ducked his head. “Maybe a little, yeah.” He’d gotten some very nice pay increases, and several new students. Some people had suggested that he stop teaching now that he was ‘bigtime’ but he was of the opinion that it was even more of a reason to stay on in the teaching circuit. Having a name, being able to help his students improve… that all helped success for everyone involved. “It was nice to have them all behind me.”

Russell shrugged. “How much appreciation you have for your people. That’s a good show of character.”

“Well, yeah. I mean, I wouldn’t be living my dream without any of them.”

“Here you are, boys,” their waitress said, placing their plates down. Russell had ordered an old-fashioned burger with fries, so Skye had just gotten the same thing. But with extra lettuce. Easy.

“Thanks,” they both chorused.

Skye took a bite of his burger, chewed, swallowed, then asked, “What about you?”

“How’d you get into show business?”

Russell grinned. “I’m really good at picking up heavy stuff and putting it down.”

“I’m kidding. For backstage work like this, it’s usually knowing someone who knows someone. I had a friend who went into fashion design, and I was always helping out with her runway shows.” Russell rubbed the back of his neck. “At first she wanted me to model, since I’m ‘built the right way’” he made finger quotes in the air, which made Skye giggle, “but I was way more comfortable out of the spotlight. Got really good at helping the models change, touch-up, that sort of thing. Kept my ear to the ground and applied to work Phantom a while back, and I’ve been on the Broadway circuit radar ever since. For actual shows I’m usually put on quick-changes because they’re my specialty. I’m hoping to stick with Child’s Play for a while. We’ve got a really good crew.”

Russell grinned at him. “You’re not so bad yourself.”

END_OF_DOCUMENT_TOKEN_TO_BE_REPLACED 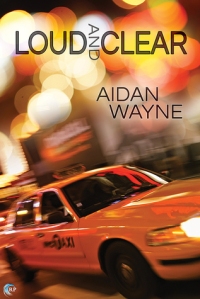 Blurb: Jaxon is getting by fine, severe dyslexia or not. Being a cab driver means he doesn’t need to read much, and the job has its perks. The pay isn’t bad, the people can be interesting, and having memorized the city streets keeps him from feeling too stupid.

When he picks up Caleb, a quiet fare in a nice suit, Jaxon doesn’t think anything of it. Then he ends up driving Caleb home the next week too, and the next, and the next. Eventually Caleb tries to communicate—by writing things down. Turns out that Caleb has such a bad stutter he spends most of his time mute.

If only Jaxon had an easier time reading what Caleb had to say. But he’s interested in trying, and Caleb seems interested back. They discover that, with a little bit of effort, it isn’t so hard to make themselves understood. Especially when what’s growing between them is definitely worth talking about.
END_OF_DOCUMENT_TOKEN_TO_BE_REPLACED