Blurb: When Sebastian Angel moves to Napa to be with his mate Storm Winthrope, he never expects to find his third mate so soon. But their blue-haired fae mate, Noah, is being held captive by an evil master. When Sebastian searches a nearby vineyard for Noah, he senses great evil all around. The more Sebastian visits the vineyard the more he changes. He starts to see things that aren’t real.

An experience from Storm’s past makes him want things he doesn’t think he should want as leader of his pride. In lying to Sebastian and denying his true desires, he may push Sebastian away for good.

Noah is afraid of being with his mates because of the things he experienced at the hands of his master, but he wants to trust his mates with his heart and body.

Can these three learn to trust each other and give each what the others need? Or are they doomed from the start?
END_OF_DOCUMENT_TOKEN_TO_BE_REPLACED

Book Review: The Pack or the Panther by Tara Lain 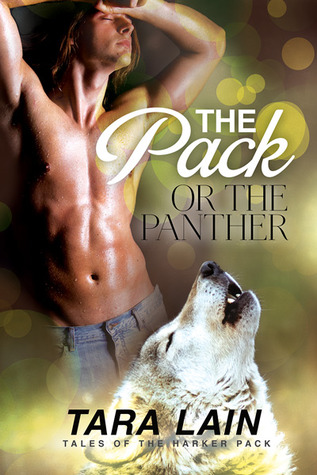 Blurb: Cole Harker, son of an alpha werewolf, is bigger and more powerful than most wolves, tongue-tied in groups, and gay. For twenty-four years, he’s lived to please his family and pack—even letting them promise him in marriage to female werewolf Analiese to secure a pack alliance and help save them from a powerful gangster who wants their land. Then Cole meets Analiese’s half-brother, panther shifter Paris Marketo, and for the first time, Cole wants something for himself.

When Analiese runs off to marry a human, Cole finally has a chance with Paris, but the solitary cat rejects him, the pack, and everything it represents. Then Cole discovers the gangster wants Paris too and won’t rest until he has him. What started as a land dispute turns into World War Wolf! But the bigger fight is the battle between cats and dogs. END_OF_DOCUMENT_TOKEN_TO_BE_REPLACED