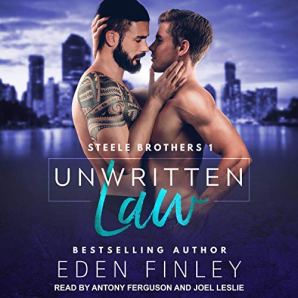 Blurb: Being an identical twin doesn’t come without issues.

No one can tell us apart, not even our parents sometimes. We don’t usually use that to our advantage, but it comes in handy when my brother needs help breaking up with his boyfriends—which happens more than I’d care to admit. I know it’s enabling him, but I can’t say no to Anders. I will do anything for my twin. The breakups always go the same; they’re swift and simple.

He’s everything I’ve fantasised about but never allowed myself to have. When I give in to temptation and begin to freak out, it’s not because he’s a guy. It’s because he thinks I’m my brother, and I can’t bring myself to tell him the truth.

**Unwritten Law is a 52,000 word stand alone with a HFN/HEA guarantee and no cliffhanger. It contains a mistaken identity trope. Please check trigger warnings in the front matter.**
END_OF_DOCUMENT_TOKEN_TO_BE_REPLACED

Book/Audio Review: The Dark Side by Laura Baumbach

Reviewed by JustJen and Susan65

Blurb: Kidnap victim Alex Throne literally drops into the arms of security specialist Reese Holt, pulling Holt into a battle against a ruthless drug cartel, personal betrayal, and a specter from Holt’s CIA past.

Holt agrees to put his team of specialists on the trail of Alex’s assailants while he takes on the personal job of protecting the life he inadvertently saved, motivated, in part, by a romantic attraction.

Keeping his mind on protecting Alex could prove difficult, especially when he can’t keep his mind off Alex’s body.
END_OF_DOCUMENT_TOKEN_TO_BE_REPLACED

Audio Review: How to Deal by T.M. Smith

Blurb: Jon Brennan comes from a long line of men in uniform; all born and bred to both bleed and wear blue. His family and the majority of his co-workers support him every step of the way, so he doesn’t need to hide the fact that he prefers men over women. Between the job and his larger than life, loud and rowdy half Irish, half Italian family, there isn’t much time for dating, much less finding a guy who can deal with the stress and demands placed on the shoulders of an NYPD detective.

Kory White is cocky and abrasive with most people, but it is all a facade he hides behind to keep his heart safe. As a child, Kory lost his mother to an act of violence. Soon after, he and his baby sister Kassandra were separated by the system. Kassandra was immediately adopted, but Kory spent the next 10 years cycling through foster homes before moving to the Big Apple. In an effort to keep everyone at a distance, Kory has meticulously built himself an alter ego: Hayden Cox, All Cocks cockiest model.

These two strong-willed men definitely prove opposites do attract. Both are stubborn and hard headed to a fault, Kory more so than Jon. But Jon is used to being in control, the one calling the shots, and Kory fights him at every turn. Just when it seems they have found a way to navigate the unchartered territory that is love, tragedy knocks on Kory’s door yet again. Volatile and strong, even in the face of adversity, both men refuse to give up on each other – or their love.
END_OF_DOCUMENT_TOKEN_TO_BE_REPLACED 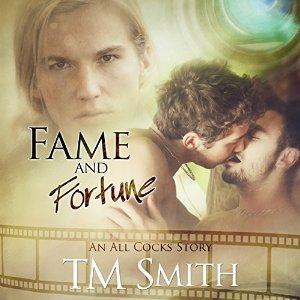 Blurb: Victor Dimir moved to America with his traditional Romanian parents when he was just a child. His Romani parents taught him their traditions and how to be a shrewd business man. But it was the attention of a classmate at school that taught a teenage Victor about his sexuality. When he came out to his parents he knew it would be difficult for them to understand, but he never expected them to disown him.

Andrew Jones grew up with a single mom and his grandmother teaching him about life; he had an absentee father at best. The only thing the man ever did for Andy that stuck was buy him a camera for his 13th birthday. When Andrew went off to college on a scholarship to study photo journalism, he wound up falling in love with his Romanian roommate.

Matthew Carlson was homeless, jobless, and broken. He’d been on his own since he was 16 when he ran away from home after being brutally assaulted by several other young men that he thought were his friends, and then being told he brought it on himself for being gay by his parents. Matthew has done a lot of things these last few years just to get by. When he finds the flyer for All Cocks, he decides to call and see where it leads. What has he got to lose?

Matthew has deep-rooted scars that aren’t usually visible on the outside. But when he walks into All Cocks, both Victor and Andrew see them, they also see him. Can three men that didn’t even realize they needed each other get past the stigma of society to find a place of happiness together?
END_OF_DOCUMENT_TOKEN_TO_BE_REPLACED 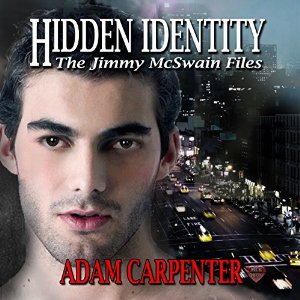 Blurb: When Jimmy McSwain is hired to find missing heir Harris Rothschild, he finds that identities can be altered and lives can be changed – or taken with the simple pull of the trigger. Jimmy McSwain is a New York City private detective, operating out of Hell’s Kitchen, the rough and tumble neighborhood he grew up in. At age 14, he watched as his NYPD father was gunned down. Now, at age 28, and gay, Jimmy has never given up pursuit of whoever killed him. But a PI must make a living, and so he’s taken on the case of missing heir Harris Rothschild, whose overbearing father doesn’t approve of his “alternate” lifestyle.

Tracking down Harris is easier than expected, but the carnage that follows isn’t. With a shocking murder on his hands, and a threat coming from some unforeseen person, Jimmy’s caseload is suddenly full, and very dangerous.