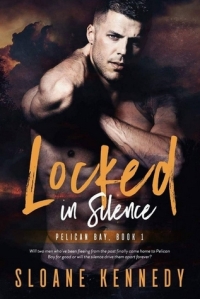 Blurb: I’ve spent years hoping someone would finally hear me. It’s easier not to try anymore…
Ten years after leaving his small Minnesota hometown in his rearview mirror for what Nolan Grainger was sure would be the last time, life has decided to throw the talented musician a curveball and send him back to the town he lived in but was never really home.

At twenty-eight, Nolan has traveled the world as a successful concert violinist with some of the best symphonies in the country. But success breeds envy, and when Nolan’s benefactor and lover decides Nolan has flown high enough, he cruelly clips Nolan’s wings. The betrayal and ensuing scandal leaves the violinist’s career in shambles and with barely enough money to start fresh somewhere beyond his vindictive ex’s powerful reach. But just as he’s ready to get his life back on track, Nolan gets the call he’s been dreading.

After a stroke leaves his father a partial invalid, duty-bound Nolan returns to Pelican Bay and a life he’s spent years trying to forget. When he’s forced to use the last of his own money to keep from losing the family home, desperation has him turning to the one man he’d hoped never to see again…

Even if I could speak, there wouldn’t be anyone there to listen…
Pelican Bay’s golden boy, Dallas Kent, had the quintessential perfect life. Smart, gorgeous, and popular, the baseball phenom was well on his way to a life filled with fame and fortune. But more importantly, he had a one-way ticket out of Pelican Bay and far away from the family who used love as currency and whose high expectations were the law of the land. But a stormy night, sharp highway curve and one bad decision changed everything, leaving Dallas with nothing.

Because the accident that took his parents, his future and his crown as the boy who could do no wrong, also stole his voice.

Despised for the horrific wreck that ended the lives of two of Pelican Bay’s most respected residents, Dallas has retreated to a secluded stretch of land where he’s found refuge in a menagerie of unwanted animals that don’t care that he once had the world at his feet or that he’ll never speak again.

But when the quiet, bookish boy he wasn’t allowed to notice in school suddenly reappears ten years later at Dallas’s wildlife rehab center in desperate need of a job, Dallas is thrust back into a world he’s worked hard to escape.

Dallas’s silence was supposed to send Nolan scurrying, but what if Nolan ends up being the one person who finally hears him?

Will two men who’ve been fleeing from the past finally come home to Pelican Bay for good or will the silence drive them apart forever?
END_OF_DOCUMENT_TOKEN_TO_BE_REPLACED

Blurb: Caring for a loved one with cancer is tough. Doing it alone is overwhelming-especially when that loved one is a child. But ever since Ken Brighton’s partner left him, Ken has spent his days at the hospital with his daughter, Hanna, hoping for a miracle. Maybe the mysterious care packages that appear for Hanna don’t qualify, but they bring a spark of hope into his and Hanna’s tired life-and so does Ken’s neighbor, former singer Patrick Flaherty.

For two years Patrick hasn’t been able to focus on anything but the life he should have had. An injury robbed him of his voice, and the idea of introducing himself to new people intimidates him. But over the past months, he’s watched as his neighbor nursed his sick child, and once he meets Ken, Patrick starts to crave a life with him-a life he isn’t sure he can have.

Ken doesn’t realize he’s fallen in love until the doctors send Hanna home, saying there’s nothing more they can do: Hanna will either recover or succumb. Ken’s heart is set on a new beginning-with both Patrick and Hanna. But Patrick’s silence leaves Ken wondering what Patrick wants.
END_OF_DOCUMENT_TOKEN_TO_BE_REPLACED

Posted on December 17, 2016 by thebloggergirls

Blurb:  Pete is an improbable Santa Claus ringing his bell on the sidewalks of New York. He might need this job, but he doesn’t have to like it. Impulsive and a little rough around the edges, Pete has a big warm heart, and when he sees the homeless man reading a book on the pavement, he is intrigued.

Lucas is a deaf-mute who fled an ex-boyfriend who wanted to use him as a prostitute. He is cold and isolated, but the very not-ordinary Santa Claus ringing a bell nearby makes him smile.

When Lucas is attacked and robbed, it gives Pete the opportunity to invite him home for Christmas. But can they live together long-term? Will Lucas’s bid for independence break their hearts or bring them to deeper understanding?
END_OF_DOCUMENT_TOKEN_TO_BE_REPLACED 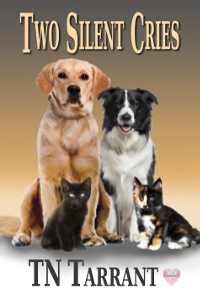 Micah Valery is hearing impaired and unable to speak. As if that didn’t make life interesting enough, he also suffers from a panic disorder that regularly disrupts his life. With a wonderful assistance dog named Goldie, however, he manages to live independently, and comfortably.

When something goes wrong with Goldie, he meets Dr. Santiago Cruz, a veteran veterinarian with issues of his own to cope with. Still, the attraction is strong enough to explore, and a new romance blooms.
Enter Micah’s estranged family, attempting to deprive him of his inheritance.
END_OF_DOCUMENT_TOKEN_TO_BE_REPLACED

Book Review: Light From the Dark by Mercy Celeste

Blurb: After a year of picking up the pieces of his shattered life, former US Marshal Micah Beasley takes a job as body guard for a spoiled rich kid who can’t leave his house. It’s a cupcake assignment. He just needs to get back in the game. What can go wrong?

Brilliant and incredibly talented, Christopher (Kit) Auberon wears tragedy as a second skin. Kit is all that’s left of a powerful family. Seemingly forgotten he’s spent his entire life in seclusion and he likes it that way.

Death threats are a fact of life, but when those threats become real, Micah and Kit are forced to put their differences aside to discover who wants Kit dead. Only to discover that there are monsters in Kit’s closet that should never be disturbed.
END_OF_DOCUMENT_TOKEN_TO_BE_REPLACED