Blurb:  Divorce lawyer Victoria Slade has seen enough unhappy endings to swear off marriage forever. That doesn’t mean she’s opposed to casual dating—just not with her cocky new neighbor, who is as gorgeous and tempting as he is off-limits. But once she agrees to take on his sister’s case, she’s as determined to win as ever—even if that means teaming up with Ford…

Investigative journalist Ford Dixon is bent on finding the man who got his sister pregnant and left her high and dry. He’s willing to partner with Victoria, despite the fact that the beautiful brunette gets under his skin like no other woman. He might not be looking to settle down, but there’s no denying the scorching attraction between them. Still, the more time he spends with Victoria, the more he realizes that the one woman as skeptical about love as he is might be the only woman he could really fall for…
END_OF_DOCUMENT_TOKEN_TO_BE_REPLACED 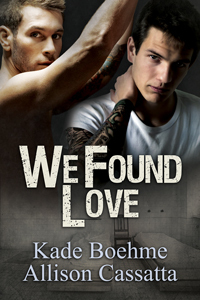 Blurb:  It’s no surprise Riley Connors is dealing with issues. He was kidnapped as a young boy, and his parents abandoned him after his newsworthy return. He bounced from foster home to facility and back. Now an adult, ghosts from his past continue to haunt him. After a suicide attempt, he is locked away in Hartfield so that people can make him tune in to emotions he has tried to bury.

Hunter Morgan had the kind of love that spans ages. But the stress of college and adulthood became too much to handle, and the love of Hunter’s life turned to drugs. After he overdoses, Hunter finds himself soaring out of control on the same miserable path. His brother finds him and calls an ambulance, and the sister Hunter would rather not have calls it a suicide attempt, landing Hunter in Hartfield.

Finding love isn’t easy, but it can happen under the most dire circumstances. Together Hunter and Riley may be able to grow from their pain. But they will need to learn to live for themselves, letting love come second.
END_OF_DOCUMENT_TOKEN_TO_BE_REPLACED

Audio Review: On the Rocks by Ari McKay

Posted on December 28, 2014 by thebloggergirls 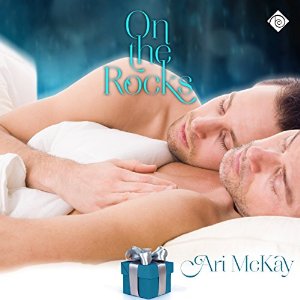 Blurb: For years, Mal has given Aidan a little piece of the world for special occasions in the form of unique rocks and fossils—until the year he gives Aidan a piece of the moon instead. Aidan has treasured every gift: in a world of impersonal relationships, they’re the one reminder he has that somebody out there cares about him for who he really is. Then through a twist of fate, their relationship goes beyond personal and into intimate, leaving Aidan shocked and set to run the other way. Despite his feelings for Mal, past experiences have convinced Aidan that he’s a failure at relationships, and he’s afraid to trust his heart. It just might take a Christmas miracle for Aidan to find the courage to love.
END_OF_DOCUMENT_TOKEN_TO_BE_REPLACED