Posted on December 26, 2014 by thebloggergirls 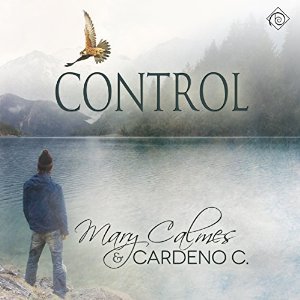 Blurb: Vy Aleknos is the leader of a hawk shifter flock. Openly gay since he was a teen, Vy is proud and self-assured on the outside, while secretly worrying he’ll be forced to spend his life alone because two males can’t be mates. When bear shifter Robert Cimino appears in Vy’s small town, Vy realizes his concerns were unfounded – he has a male mate, and a sexy, dominant one to boot.

Robert is a bear shifter who refuses to shift. Immediately attracted to Vy, he deviates from his normal pattern and seeks more than a one off with the powerful, bristly hawk. But Robert’s affections are rooted in his human form, and when Vy discovers Robert doesn’t recognize him as his mate, he pulls away. If Robert wants to stay with Vy, he must convince a man deeply ruled by his animal instincts to give their relationship as humans a chance.

Review – Book: Vy is a hawk shifter in charge of his shifters (ket of his quar) in a small town. He is high strung, busy, grumpy, precise and adorable. He meets his mate, a bear shifter named Robert, who is laid back, a vegetarian and completely not in touch with his shifter side. Vy is immediately crushed when Robert fails to acknowledge their mate bond (because he isn’t connected to his bear out of fear of it’s ferocity.)

Robert, meanwhile, is befuddled by the anxious but cute little shifter and tries to convince Vy that he can still woo him, without the shifter “magic”.

The two navigate the waters of their relationship with Robert finding Vy’s high-strung tantrums cute and Vy finding Robert’s possessiveness infinitely sexy. There is some drama, and Robert finally connects with his animal and shares that side with Vy. But… this is after he has already established himself in Vy’s life – pheromones be damned.

There are some remaining hurdles: Robert’s parents, Robert’s job, Vy’s job, the hawk shifters’ reluctance to embrace a large omnivore into their group, a potential conflict with the neighboring wolves… but these are overcome and we end with a very delightful HEA.

I loved the “voices” in this book. Vy was a high-strung bird, flitting to and fro and nervously managing everything. Robert was a laid back, gentle soul – until you sparked his passion or his anger. Very well done.

I thought the story line would have bugged me at first – a shifter who won’t respond to shifter mating calls? Blasphemy! But I ended up really enjoying the quality of the love they ended up sharing without the mating magic even more.

I loved the shifter dynamics and how the wolf just sort of shrugged his shoulders and accepted Vy’s nonsense but still gave his full support.

Robert’s parents provided that nice “human” take on life to spot-light how the shifter mentality doesn’t match up with humans fully and gave Robert’s choices some background of support.

I also love that Mary Calmes is always good about giving us strong women in addition to dreamy men, and Lou, Vy’s co-leader, is both hysterical and super strong (physically and emotionally) and the perfect foil for Vy.

All in all I just loved this and can’t wait for more!

Review – Audiobook: Greg Tremblay is one of my favorite narrators. He does emotion so very well, and his pacing is always exquisite. I really enjoyed listening to this on audio and know that if you’ve enjoyed his narration in the past or the book itself, you will want to listen to his version of Control.