Reviewed by Morgan and Nikyta 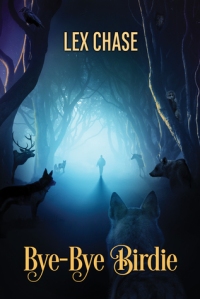 Blurb:  Christopher Robin and Dashiell Hammond couldn’t be more different. Dash is an iguana shifter who provides aid for natural disasters far and wide, but Chris is a flighty parakeet shifter who can’t find his way across town without Google Maps. To Chris, Dash is a superhero, but he spent more time saving the world than saving their relationship.

To conquer his heartache, Chris books a cruise, determined to meet Mr. Right Now instead of Mr. Right. But he doesn’t expect the cabin steward responsible for his adorable towel animals to be none other than his ex-boyfriend. When the pair fall overboard and take refuge on a deserted island, old feelings resurface. With Dash’s hardnosed survival skills and Chris’s fickle insecurities, they’ll have to learn to compromise if they want to get back to slamming daiquiris at the tiki bar.

Chris and Dash were lovers for 12 years, engaged for 11 of those, but Chris eventually loses it and breaks things off after Dash loses his passport and fails to show up on their wedding day.

Now, a year later, the two are on the same cruise ship and forced to spend time together when Chris accidentally falls overboard and Dash comes to his rescue.

I liked the way Lex Chase presented this story. It was done in bursts of the present then blips of the past to give us a “now and then” feeling. Chris is a funny and very “bird like” parakeet shifter, so you get a great feeling of what it’s like to share a soul with a bird.

Dash is an enigma. He doesn’t talk much and we don’t get his POV at all. He likes to save people and that’s about all I know about him.

This is another case where the world building and scene setting took up the bulk of the story and the romance suffered for it.

I never did understand Dash’s motivation for either giving Chris up or taking him back – not really. I know he didn’t want to be caged in, but I wasn’t sure how that was really remedied by the end.

The time spent on the island is mildly funny and the constant reference to bird-stuff was great.

All in all, the writing is good and the story was interesting, I just didn’t buy in to the couple’s great romance.

Morgan’s Overall Impression: I liked it

This was a super cute story. I loved that it was such a fun read and that Chris was so flighty. I found him so adorable and I liked that he wanted to get over Dash but found it so hard to. For Dash, I can’t really say whether I liked him or not. He’s obviously a ‘hero’ in the sense he likes to give back as much as he can. But aside from that, you don’t really get to know him as the story is solely from Chris’s POV. You know that they broke up because Dash cared more for everyone else than he did for Chris, which may seem selfish on Chris’s part but I could totally understand him wanting his partner to spend a little time with HIM instead of always coming in second in Dash’s eyes.

While I enjoyed this story, I didn’t like the writing style. I’m not a huge fan of flashbacks so I didn’t like that it started off in the present, went into the past then back to the present. I also found it odd that the cruise ship passed by this deserted island where Dash and Chris ended up yet they found an invitation to a wedding (how did that invitation even get on the other side of the island??) and some of the people from the cruise were at that wedding. I found it extremely odd but also found the entire story pretty rushed.

In the end, this was a cute story. I loved that the author didn’t hold back on showing Dash and Chris in their shifter forms because I love when characters are in their shifted form! If you’re looking for a cute, funny story about a bird and iguana, definitely give this one a go!

Nikyta’s Overall Impression: I liked it

*We received a copy of this book from the publisher in return for fair and honest reviews.*