Posted on October 15, 2016 by thebloggergirls 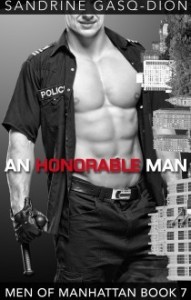 Blurb:  Officer Danny Finnegan loves his job. As one of the youngest faces on the police force, he has taken on the challenge of going undercover to catch a serial killer in Manhattan. Ten rent boys have been murdered, and Danny knows it won’t be long before another one turns up dead in an alley. He and his partner, Tiernan Callahan, gear up to hit the seedy side of the city that never sleeps. There’s only one problem. They need help to make Danny’s cover convincing.

Bobby Laughlin left the back streets of Manhattan behind when he came way too close to becoming another number in the rent boy killings. He spends most of his time on Fire Island working at a bar. He is trying to get his life back on track when officer Danny Finnegan walks back into his life. Bobby was attracted to Danny the first time he saw him — when the boyish-looking cop took Bobby’s statement after a client beat him brutally. Working with the the sexy cop could be dangerous. It would put him right back on the streets he’s been trying so hard to avoid.

Bobby reluctantly takes on the task of teaching Danny how to work the streets. As things heat up on the case and in their hearts, Bobby finds himself falling for Danny, and Danny has eyes only for Bobby.

But can they catch a killer before one of them ends up as the next headline?

Review: This is a really cute, very low angst installment to our “newly gay” and “rent boy” saga, also known as the Men of Manhattan.

Danny is a police officer, and already gay, who met Bobby (aka B) one time and just “knew” he was going to be important in his life. When the serial murderer going after rent boys really begins to up the body count, Danny goes undercover but needs Bobby’s help. Together they help to find the bad guy and fall in love doing it.

I thought it was fun and sweet. It moved along at a great pace and even the little blip where Bobby felt he wasn’t good enough for Danny was over fairly quickly.

If you’ve been enjoying the series, you’ll definitely want to pick this one up and if you’re new to it, you can probably read this as a standalone, though there are loads of previous MCs in this, so having read the books before will give their presence more meaning.