Posted on October 15, 2016 by thebloggergirls

Blurb:  Officer Danny Finnegan loves his job. As one of the youngest faces on the police force, he has taken on the challenge of going undercover to catch a serial killer in Manhattan. Ten rent boys have been murdered, and Danny knows it won’t be long before another one turns up dead in an alley. He and his partner, Tiernan Callahan, gear up to hit the seedy side of the city that never sleeps. There’s only one problem. They need help to make Danny’s cover convincing.

Bobby Laughlin left the back streets of Manhattan behind when he came way too close to becoming another number in the rent boy killings. He spends most of his time on Fire Island working at a bar. He is trying to get his life back on track when officer Danny Finnegan walks back into his life. Bobby was attracted to Danny the first time he saw him — when the boyish-looking cop took Bobby’s statement after a client beat him brutally. Working with the the sexy cop could be dangerous. It would put him right back on the streets he’s been trying so hard to avoid.

Bobby reluctantly takes on the task of teaching Danny how to work the streets. As things heat up on the case and in their hearts, Bobby finds himself falling for Danny, and Danny has eyes only for Bobby.

But can they catch a killer before one of them ends up as the next headline?
END_OF_DOCUMENT_TOKEN_TO_BE_REPLACED

Posted on October 12, 2016 by thebloggergirls

Blurb:  Ryan Carter always hoped his life would turn around for the better. He has a job that he loves, and another one that he hates. Becoming a rent boy was never his life plan, but circumstances forced his hand. When his life falls apart, hunky firefighter Michael Callahan comes to his rescue. Ryan knows better than to believe someone as wonderful as Michael would ever want to be with someone who sells his body. But spending time with Michael gives Ryan something he’s never had before.

For months, New York firefighter Michael Callahan has been thinking about the hot guy he rescued while working crowd control during a robbery standoff. His brother is very happy dating a man, and Michael wonders if he’s finally ready for a relationship of his own. An apartment fire brings him face to face with the young man who’s been haunting him for months. Their friendship starts strong, but will Ryan’s alternate life put out the flicker before it has a chance to flame?

Can Michael convince Ryan that he wants him no matter who he is? Or will the relationship turn to ash before it even begins?
END_OF_DOCUMENT_TOKEN_TO_BE_REPLACED

Posted on February 12, 2015 by thebloggergirls

Blurb:  Dario Ramos thought he’d left the fighting behind in the war zone when a life-threatening injury sent him home. But a certain Irishman crossing his path everywhere he went convinced him that his biggest battle might be ahead. Tiernan Callahan is a bigoted jerk. Ramos finds himself constantly in the man’s orbit, even in a city as big as New York. The wounded warrior knows all about pain and loss — and that sometimes anger is the only form of release. When Tiernan once again crowds Ramos’ space, his eyes are opened to the possibility of other forms of release.

Tough NYC cop Tiernan Callahan is still mourning the death of his beloved youngest brother, Mason. Fearing his close-minded family’s reaction, the young soldier never got to tell them his secret — that he was gay and engaged to the love of his life. Tiernan is surviving on anger and guilt. When he continues to run into Dario Ramos, who continues to push his buttons, something inside him snaps. Suddenly, anger isn’t the only emotion he feels.

Two very different men, still trying to heal: Can they come to an understanding and heal each other?
END_OF_DOCUMENT_TOKEN_TO_BE_REPLACED 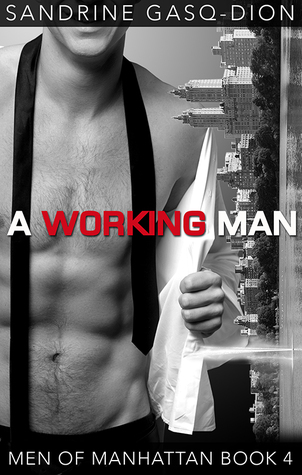 Blurb: Matthew Hawke’s professional life is soaring as high the powerful bird of prey whose image is inked on his back. He’s at the top of his game as the owner of an advertising agency that is scooping up prime accounts like a mighty hawk wrapping its talons around an unfortunate ground rodent. Yes, work is good. Too bad his love life has more in common with the dying rodent than the triumphant hawk. When the thought of a sexy man trumps actually being with a sexy woman, Matthew thinks it might be time for a change. And there IS a gorgeous man at the gym he’s noticed.

Drakon Mavros is working his shapely ass off to make ends meet. His administrative assistant job at a messenger service is steady, but the money he gets from his more creative job pays most of the bills. An ex-boyfriend took his confidence, his trust and his self-esteem and Drakon is afraid to take another chance at love. When an adorably goofy man at his gym actually hurts himself trying to flirt with him, Drakon can’t resist falling under Matt’s spell. He makes Drakon feel good about himself again and praises his artistic talent – neither of which his ex ever did.

As the men begin to fall for one another, it appears nothing can go wrong – they seem to be soul mates. Secrets and lies can crack even the firmest foundation, though. It takes a true master to shore it up so that it never crumbles. Is love the mortar that can restore trust and faith and bind men forever? Only time will tell. Can Drakon and Matt take that chance?