Book Review: Beauregard and the Beast by Evie Drae

Blurb: His greatest prize can’t be won in the octagon.

Champion MMA fighter Adam Littrell needs no distractions as he prepares for the fight that will determine whether he retires. But when he opens the door of his swanky Las Vegas home to his new personal assistant, Bo Wilkins, staying focused becomes a struggle.

Aware of Adam’s surly reputation, Bo doesn’t expect to like his new employer, let alone fall for him. But Bo is pleasantly surprised when a shared love of books leads them to study for their GEDs together and plan for a life after their current careers. Adam won’t be able to fight forever, and Bo wants a relationship on equal footing.

But just as their relationship is getting off the ground, the sister Bo raised needs his help, and he drops everything. With Adam’s final match looming and Bo in a different city, reuniting will be the real challenge. END_OF_DOCUMENT_TOKEN_TO_BE_REPLACED 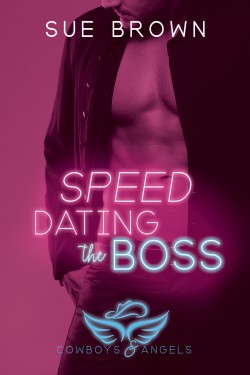 Blurb: Will a mix of privilege and blue collar be a recipe for love… or disaster?

Dan’s pretty satisfied with his job at the working-class bar Cowboys and Angels. He enjoys his simple life, his apartment, and his cat, but he could do without the fights that break out in the bar, his boss’s meddling daughter, Ariel… oh, and a brutal, unrequited crush on his straight alpha boss, Gideon.

When Dan’s friend prepares to tie the knot, everyone insists that Dan needs a date for the wedding. Before he can protest, Ariel arranges a gay speed-dating event at the bar with Gideon as a participant. The unforeseen revelation that Gideon is bisexual raises Dan’s hopes, especially when Gideon announces that he wants to accompany Dan to the wedding. Could Gideon really be interested in Dan?

When Dan needs someone most, Gideon offers his unconditional support, and with genuine commitment, he shows Dan the kind of man he really is. Teaming up to save the wedding from a hungover groom and intolerant parents, can Gideon convince Dan they’re the best match since beer and pizza? END_OF_DOCUMENT_TOKEN_TO_BE_REPLACED

Blurb: For the past three years, Dr. Alan Booth has been watching his office manager Hannah Owens, wishing he was able to find a way to tell her how he feels about her. Fear of rejection and risking their friendship has kept him quiet. That is, until he overhears one very naughty phone call.

Hannah has been in love with her boss for years. The quiet doctor who takes care of his mother and is so good with the animals in his care has had her melting since day one, but issues with her curvy body keep her blind to Alan’s gentle advances. Tired of her sister’s constant moping, Candice Owens hatches a crazed plan to get the two love birds together if it kills them. When their plans are overheard by the good doctor himself it’s a race to see who comes out on top, the Beauty or the Vet.
END_OF_DOCUMENT_TOKEN_TO_BE_REPLACED

Posted on December 15, 2014 by thebloggergirls

Blurb: Caine Neiheisel is stuck in a dead-end job at the end of a dead-end relationship when the chance of a lifetime falls in his lap. His mother inherits her uncle’s sheep station in New South Wales, Australia, and Caine sees it as the opportunity to start over, out on the range where his stutter won’t hold him back and his willingness to work will surely make up for his lack of knowledge.

Unfortunately, Macklin Armstrong, the foreman of Lang Downs who should be Caine’s biggest ally, alternates between being cool and downright dismissive, and the other hands are more amused by Caine’s American accent than they are moved by his plight… until they find out he’s gay and their amusement turns to scorn. It will take all of Caine’s determination—and an act of cruel sabotage by a hostile neighbor—to bring the men of Lang Downs together and give Caine and Macklin a chance at love.
END_OF_DOCUMENT_TOKEN_TO_BE_REPLACED

Blurb: Benjamin Redbourn, Earl of Crofton, has no intention of giving up his beloved ancestral home without a fight. Faced with his mother’s gambling debts, forgery, and the possibility of foreclosure by the bank, Ben vows to make Crofton Hall pay for herself. But opening an Elizabethan manor house to the public isn’t a one man job. With time running out, Ben needs help—and fast.

Ashley Niven has experience managing events, and he also loves history. Being in charge of opening Crofton Hall is a dream come true. As he works with Ben to prepare the house as a venue for lavish weddings and receptions, Ashley finds himself drawn not just to the charm of the house but to the dashing Earl of Crofton. Even if Ashley can look past Ben’s playboy reputation, he fears an affair could prove too much of a distraction.

But Crofton Hall has many secrets, and something hidden for over four hundred years is about to change all their lives.
END_OF_DOCUMENT_TOKEN_TO_BE_REPLACED