Posted on August 30, 2016 by thebloggergirls

Blurb:  He’s the middle of the three Carson brothers and is as stubborn as they come—and he won’t thank a beautiful stranger for getting in his way!

Drake Carson is the quintessential cowboy. In charge of the family ranch, he knows the realities of this life, its pleasures and heartbreaks. Lately, managing the wild stallions on his property is wearing him down. When an interfering so-called expert arrives and starts offering her opinion, Drake is wary, but he can’t deny the longing—and the challenge—she stirs in him.

Luce Hale is researching how wild horses interact with ranch animals—and with ranchers. The Carson matriarch invites her to stay with the family, which guarantees frequent encounters with Drake, her ruggedly handsome and decidedly unwelcoming son. Luce and Drake are at odds from the very beginning, especially when it comes to the rogue stallion who’s stealing the ranch mares. But when Drake believes Luce is in danger, that changes everything—for both of them.
END_OF_DOCUMENT_TOKEN_TO_BE_REPLACED

Posted on August 16, 2016 by thebloggergirls

Harlan Crane, owner of the Empire saloon, knows Elijah for what he is – and for all the ungodly things he wants. But Crane isn’t the only one. Grady Mullins desires Elijah too, but unlike Crane, he refuses to push the kid.

When violence shatters Elijah’s world, he is caught between two very different men and two devastating urges: revenge, and despair. In a boomtown teetering on the edge of a bust, Elijah must face what it means to be a man in control of his own destiny, and choose a course that might end his life…or truly begin it for the very first time.
END_OF_DOCUMENT_TOKEN_TO_BE_REPLACED

Blurb:  It might be a sham to his boss, but it’s all too real to him.

Administrative assistant Jonah Hollis has nurtured a hopeless crush on his boss, millionaire cattle rancher Lincoln Courtwright, ever since he started working for him. But hope is kindled when Linc and beautiful rodeo star Melissa Cutler break up just weeks before the biggest event of the Dallas social season, the Cattle Baron’s Ball, and Linc asks Jonah to accompany him in her place.

Is it all a ploy to make Melissa jealous? Can Jonah fit into Linc’s world? It takes some encouragement from his roommates and his best friend, Caylee, for Jonah to agree. Before long, Jonah dares to believe Linc might just feel something for him… until interfering family and a series of misunderstandings threaten his fragile dream of happiness.
END_OF_DOCUMENT_TOKEN_TO_BE_REPLACED

Posted on December 15, 2014 by thebloggergirls

Blurb: Caine Neiheisel is stuck in a dead-end job at the end of a dead-end relationship when the chance of a lifetime falls in his lap. His mother inherits her uncle’s sheep station in New South Wales, Australia, and Caine sees it as the opportunity to start over, out on the range where his stutter won’t hold him back and his willingness to work will surely make up for his lack of knowledge.

Unfortunately, Macklin Armstrong, the foreman of Lang Downs who should be Caine’s biggest ally, alternates between being cool and downright dismissive, and the other hands are more amused by Caine’s American accent than they are moved by his plight… until they find out he’s gay and their amusement turns to scorn. It will take all of Caine’s determination—and an act of cruel sabotage by a hostile neighbor—to bring the men of Lang Downs together and give Caine and Macklin a chance at love.
END_OF_DOCUMENT_TOKEN_TO_BE_REPLACED

Posted on November 15, 2014 by thebloggergirls

Blurb: Ben Rivers always was a showman. He won awards in 4-H and rodeo competitions from the time he could walk, and he’s happiest in the spotlight. So when he got the chance to be a star—in porn—he took it. He still loves Montana and everything about being a cowboy, but when news of his alternate identity leaks out, he figures he’s lost the town’s goodwill forever. Clyde’s Corner would never accept an openly gay cowboy, even a hometown boy born and bred.

Despite his longtime crush on Joshua, Ben won’t be as easy to tame as Joshua’s “lost cause” horses. It will take a lot of heart and holiday spirit for Joshua to convince Ben that even old prairie dogs can learn new tricks in the name of love.

END_OF_DOCUMENT_TOKEN_TO_BE_REPLACED

Posted on October 19, 2014 by thebloggergirls

Blurb:  Jenson has loved Mike his whole life, but he has never known how to tell Mike how he feels. After high school Mike leaves for college and his Hollywood dream, while cowboy Jenson stays behind in their small East Texas hometown. Neither man knows what to say to go beyond friendship, even though they come together through all of the best and worst times of their lives. The most amazing moments keep bringing them back together, but through huge love and terrible loss, sickness and health, their timing never seems right to take their relationship to the next level. When the universe gives them one final chance, Jenson must overcome his fear and say the most important something before it’s too late.
END_OF_DOCUMENT_TOKEN_TO_BE_REPLACED 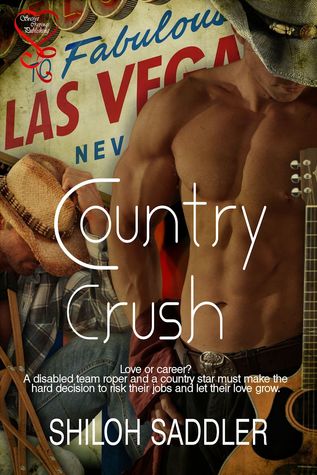 Blurb: Country singer Will Conrad is afraid coming out will tank his career. Being a celebrity makes it difficult to pick up a man and keep things secret. A gay one night stand online dating site is his salvation. While he is performing in Las Vegas he agrees to meet the real cowboy with whom he has been corresponding.

A car accident left championship team roper Blake Bonner with a paralyzed leg and a wounded heart. Now fully recovered, he is ready for a relationship, but will his blind date want to be topped by a cripple and will he treat him like a whole man?

When Blake finds out his date is Will Conrad he can’t believe it. He’s been his country crush since he hit the country music scene. But when the paparazzi catch them together will their burgeoning relationship be able to brave the media storm?

END_OF_DOCUMENT_TOKEN_TO_BE_REPLACED

Blurb: When mega movie star and two time Academy Award winner, Austin Grainger voluntarily gave up his dazzling film career, his adoring fan base thought he’d lost his mind. For Austin, the seclusion of fifteen hundred acres in the middle of Texas sounds like paradise. No more cameras, paparazzi, or overzealous media to hound him every day and night. Little did the sexiest man alive know when one door closes, another usually opens. And Austin’s opened by way of a sexy, hot ranch owner right next door.

Kitt Kelly wasn’t your average rancher. He’s young, well educated and has hidden his sexuality for most of his life. When his long time wet dream materializes as his new neighbor it threatens everything he holds dear. No way the ranching community would ever accept him if he came out. With every part of his life riding on the edge, can Kitt risk it all for a chance at love or will responsibility to his family heritage cost him his one chance at happiness? END_OF_DOCUMENT_TOKEN_TO_BE_REPLACED