Harlan Crane, owner of the Empire saloon, knows Elijah for what he is—and for all the ungodly things he wants. But Crane isn’t the only one. Grady Mullins desires Elijah too, but unlike Crane, he refuses to push the kid.

When violence shatters Elijah’s world, he is caught between two very different men and two devastating urges: revenge, and despair. In a boomtown teetering on the edge of a bust, Elijah must face what it means to be a man in control of his own destiny, and choose a course that might end his life . . . or truly begin it for the very first time
END_OF_DOCUMENT_TOKEN_TO_BE_REPLACED

Blurb: When Jesse and Taylor get kicked out of their homes they take off and end up in New York City. Jesse’s voice lands him a singing job at an all male club. When the owner discovers their secret, he offers to help them. That kind gesture turns into the biggest mistake of their lives.

When Micah hears the angelic voice coming from the beautiful man, his world turns upside down. Micah realizes that the angel is his mate. Now that he’s found him he may never get to claim him.

Someone is trying to kill Jesse. At the same time, someone from Micah’s past comes back to claim Micah as their own. Is it coincidence or a set up? When the person trying to kill Jesse accidentally gets Micah instead, can Jesse find the culprit and the cure before it’s too late? And if Micah survives, will he be able to move past the betrayal of one of his own?
END_OF_DOCUMENT_TOKEN_TO_BE_REPLACED

Blurb: Zach’s ex, Steve, is living in Portland with many regrets. He has alienated the people he cares most about by making bad choices that continue to haunt him. When he meets a kid that’s in a bad relationship and needs some help, Steve reluctantly offers it, knowing it’s his chance to redeem himself. What he doesn’t expect is to find happiness. It’s there, all he has to do it choose to accept it.
END_OF_DOCUMENT_TOKEN_TO_BE_REPLACED

Pirates Week Review: The Butcher and the Beast by Sean Michael

Title: The Butcher and the Beast
Author: Sean Michael
Heroes: Stephen/John
Genre: M/M Historical
Length: 81 Pages
Publisher: High Ball
Release Date: May 1, 2006
Available at: Unfortunately, this is no longer available (per the author)
Add it to your shelf: Goodreads

Blurb: Stephen is a doctor, a practical man who wishes his sister wouldn’t worry so about the pirates that plague their island home. So it’s ironic that Stephen himself is set upon by just those pirates, who carry him off to heal their wounded captain.

John is a pirate Captain, master of his fate, and used to getting what he wants. And he decides he wants Stephen, even when the good doctor wants nothing more than to run away from him. Can the beast convince the doctor the sailors call the butcher to stay with him?
END_OF_DOCUMENT_TOKEN_TO_BE_REPLACED

Blurb: Davlova: a poverty-ridden city-state ruled by a tyrannical upper class. Resources are scarce and technology is illegal. But in the slums, revolution is brewing.

Misha is a common pickpocket until his boss gives him a new job. Disguised as a whore, Misha is sent to work for one of the most powerful men in the city. But his real task is far more dangerous: get close to Miguel Donato, and find something – anything – that will help topple Davlova’s corrupt government.

Misha is plunged into the decadent world of the upper class, where slaves are common and even the most perverse pleasure can be found. Although he’s sure Davlova’s elite is involved in something horrific, proof is hard to come by, and Misha begins to fall in love with the man he’s supposed to betray. Then Misha meets Ayo – a sex slave forced by the neural implant in his brain to take pleasure from pain – and everything changes. As the lower class pushes toward a bloody revolution, Misha will find himself caught between his surprising feelings for Donato, his obligations to his clan, and his determination to save Ayo
END_OF_DOCUMENT_TOKEN_TO_BE_REPLACED

Book Review: The Rekindling of Love by Derrick Knight

Blurb: Dwyer Von Strohm thought his life was perfect. He had a great job as a pharmaceutical sales representative; he lived in Chicago’s premiere gay community, drove an expensive car, and had an unlimited number of hot gay men to pursue. Dwyer thought his was living the life he had always dreamed. Then one day he becomes a causality of a poor economy. In a very short time, Dwyer loses his job, loses his status in the gay community and is reduced to living a lonely existence.

Dwyer’s situation forces him to move back home and live with his parents in the small town of Glasburg Illinois. Dwyer had left Glasburg many years ago because the love of his life, John Fitzgerald, had broken his heart. Dwyer reunites with gay friends from high school who are facing their own life challenges.

Soon Dwyer and John’s paths collide and it is evident both men still have strong feelings for each other. Will Dwyer find it in his heart to forgive John or will he let the demons from their past prevent them from rekindling the love they once shared?
END_OF_DOCUMENT_TOKEN_TO_BE_REPLACED

Blurb: Ilia Porter is Chechen mob boss Mikhail Kadyrov’s greatest treasure. After leaving home at eighteen to escape his verbally abusive father, beautiful, selfish Ilia has lived with Mikhail, proud of his ability to bring such a powerful man to his knees to worship. But when Ilia’s father, a police captain, kills Mikhail in a raid, Ilia’s world falls apart.

Entering to pick up the pieces is Mikhail’s younger brother, Nick—impulsive, power-hungry, and dangerous. When Nick tells Ilia he’s taking everything that belonged to Mikhail—including Ilia—Ilia is too lost in grief to fight. Nick takes Ilia prisoner in the apartment Ilia once shared with Mikhail and grooms him for a very important mission: to kill Ilia’s father and avenge Mikhail’s death.

Ilia wants no part in the plot, but being Nick’s ally is preferable to being Nick’s victim, so he begins to warp himself into the monster Nick wants him to be. Hope arrives when Nick takes another captive: Patrick, a shy massage therapist who’s stronger than he seems. Patrick and Ilia must join forces to escape Nick—and to keep each other whole as Nick does everything in his power to break them. END_OF_DOCUMENT_TOKEN_TO_BE_REPLACED 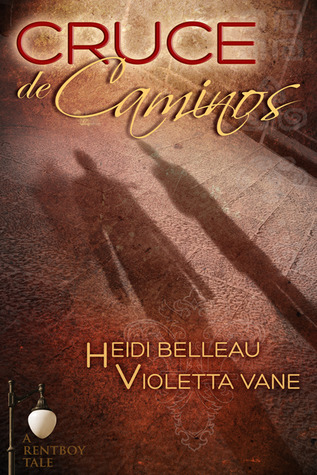 Blurb: Addiction and desperation drive Sean O’Hara to a critical crossroads. Will he make the right decision, or will the floodwaters bound for New Orleans sweep him away?

Street kid Sean O’Hara has never had it easy, but New Orleans has driven him to his knees. His girlfriend’s broken up with him for a sugar daddy, a gun-toting pimp has robbed him of everything but the clothes on his back, and he’s down to his last two Oxycontin. Sean’s no seasoned streetwalker, but he’s not above it either, not when he’s already itching for his next fix.

A familiar-seeming stranger named Ángel may be his ticket to some quick cash, but only if Sean’s willing to help him indulge a high-class john’s weird fetish for the night. As Ángel tells him, in this city and this business, you have to get a little weird to survive.

When night falls on the French Quarter, Sean realizes Ángel and the john want more from him than he was expecting to give. What once seemed merely strange soon crosses the line into supernatural and sinister. And Ángel, the man Sean had viewed as a partner and protector, might also be his otherworldly judge and executioner. END_OF_DOCUMENT_TOKEN_TO_BE_REPLACED 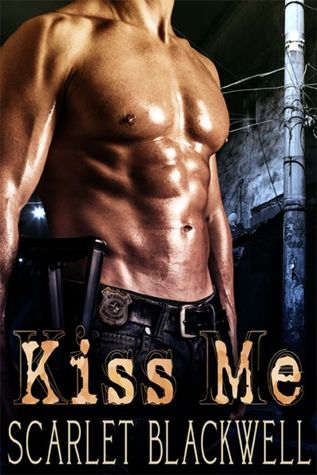 Blurb: Dexter is a rent boy falling for his new client. Logan is a homicide cop falling for his rent boy. Now madly in love, Logan discovers Dexter is dangerously in thrall to a gangster whose clutches he can’t escape. When the gangster finds out about the two of them, he targets Dexter’s friend in revenge. The quickest answer is a safe house, but how long will it be safe? END_OF_DOCUMENT_TOKEN_TO_BE_REPLACED