Posted on January 11, 2018 by thebloggergirls

Blurb: Andy Tyler has been the class daredevil since middle school. Over the years, he’s convinced his best friend, Jake Masterson, to perform some dangerous-looking stunts with him. But the dare they attempt on the night of their college graduation goes sideways. The firecrackers explode too soon and both of them end up with badly burned palms.

But hey, nothing gets the “terrible duo” down for long, and they recuperate in style at Andy’s family cottage in Nantucket. As the weeks go by, both Andy and Jake grow frustrated over the inability to use their hands for all sorts of daily activities—including getting off. So Andy begins a new series of dares that don’t just cross the friendship line, they obliterate it.

But what might be mere sexual relief to Andy is serious business to Jake, who only recently got over years of secret pining for his straight best friend. Inevitably, the burns heal, summer ends, and hearts are broken. To fix things, Andy will have to face the greatest dare of all.
END_OF_DOCUMENT_TOKEN_TO_BE_REPLACED 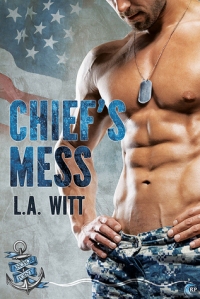 Blurb:  Anthony Talbot is in Anchor Point to visit family, but after two days of strife, he needs a break. A local gay bar is calling his name.

When Chief Noah Jackson sees that red head stroll into the club, he immediately wants him. They’re perfectly matched, and before long, they’re burning up the sheets. Noah can’t get enough. Anthony can’t stay in Oregon for long, but as soon as he leaves, he’s counting down the days until he can fly back for more. And between his increasingly frequent visits, there’s always phone sex, sexting, webcams . . . anything they can get.

But Noah’s got a carefully crafted façade, and Anthony can’t help noticing the slowly forming cracks. The scent of alcohol in the middle of the day. The extra drinks at dinner. The hint of red in his eyes. Anthony knows what it means. He doesn’t want to believe it, but he’s seen this before, and there’s no denying it. If Noah doesn’t get his downward spiral under control, he’s going to lose both his career and the first man he’s ever really loved.
END_OF_DOCUMENT_TOKEN_TO_BE_REPLACED 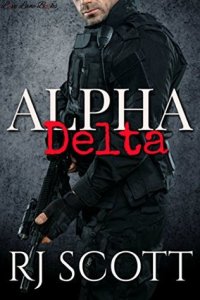 Blurb: Officer Finn Hallan has never run from a fight. With Niall’s life and love at stake, he’s not about to start now.

N.B. Originally published with All Romance, this edition features the same story with new cover art

Finn Hallan is a member of the elite Norwegian Emergency Response Unit, code name Delta. When the team is sent to respond to a hostage situation on an Oil Platform, he has to face demons he thought he had buried a long time ago.

Scottish engineer Niall Faulkner’s skills in oil platform decommissioning takes him to the Forseti platform at the worst possible time. When he’s captured by terrorists, his only thought is that he will never get to tell his lover how he really feels.

Can Finn keep Niall alive? Or will they both die at the hands of hijackers in the frigid waters of the Norwegian sea?
END_OF_DOCUMENT_TOKEN_TO_BE_REPLACED

Posted on October 27, 2015 by thebloggergirls

Blurb: After growing up in a rough part of town, George Maguire worked his way out of Manchester and to a career as a design engineer. Alexander van Amsberg, an architecture student at the University of Edinburgh, wasn’t the sort of guy he normally had explosive, hotel-room one-night-stands with. Alex was charming, classy, and, as George later learns, Prince of the Netherlands.

Fate brings them together again, and Alex makes sure to get his sexy stranger’s phone number this time. Despite all the reasons why they shouldn’t work, something clicks, and Alex thinks that this time, he might have found the right guy. But Alex’s aristocratic ex stirs up trouble in the press for George and his humble family, and Alex realizes he has to get real about having a boyfriend from the wrong side of town.

While George acknowledges his modest upbringing, he doesn’t let anyone insult his family. Life’s no fairy tale, and regardless of his royal title, Alex might destroy his one chance for happily ever after.
END_OF_DOCUMENT_TOKEN_TO_BE_REPLACED