Posted on November 27, 2017 by thebloggergirls

Blurb: The human and fey worlds plummet toward an ancient war. Enter two unlikely lovers, a myth, and a mad queen hell-bent on conquest and revenge. Fire Marshal Finn Hulain, tormented by the death of his best friend and an unrequited love, is tossed from the world he knows into the upside-down realm of the fey. Dr. Redmond Fall, psychiatrist to the deadliest criminals in the Unsee, awakes to find the brutal Queen May deposited within the walls of his hospital for a bit of therapy. While May would like to get over her daddy issues, it’s sometimes easier to bite off heads.

Hound, the epic finale to the Haffling trilogy, delves into the darkest reaches of the addictions we all carry. To save the worlds and themselves, Finn, Redmond, and even May must confront the ghosts of their past and the demons of their present. The clock is ticking. There are no second chances. Everything is on the line.
END_OF_DOCUMENT_TOKEN_TO_BE_REPLACED

Blurb:  Since Witches came out of the broom-closet in the early 21st century, they have worked alongside humans as police officers, healers, stock traders, and more. But they aren’t the only paranormal entities in our world…

Witch and police officer Donata Santori is no stranger to magical mayhem, but lately her life has been unexpectedly charmed. Her job as a Ghost Yanker now includes the occasional paranormal investigation, and she’s advancing her magical abilities with the help of an ancestor’s treasured spell book. And while both of her former love interests—reclusive half-Dragon art forger Peter Casaventi and disgraced Shapechanger Magnus Torvald—are nowhere to be found, she’s not averse to being wined and dined by wealthy businessman Anton Eastman.

But Eastman isn’t what he seems, and what he wants from Donata is far more than she’s willing to give. When a mysterious relic, the Pentacle Pentimento, resurfaces, along with Peter’s Dragon father and a shocking Santori family secret, Donata must fight to save herself, her friends, and just maybe the fate of the world from a magic as old as it is dangerous…
END_OF_DOCUMENT_TOKEN_TO_BE_REPLACED

Blurb: Maxi is a small shifter who has come to Sanctuary in hopes of starting a new life and to find his mates. He is happily surprised when, on the same day, he meets both of his mates: Valor, a very large, sexy fae warrior, and Travis, a gorgeous wolf shifter who is a trainee at the facility in Sanctuary.

One passionate night together turns out to be a moment of pain for Maxi. Once his mates are done having their fun with him, they immediately take off without giving Maxi a second thought. After a week away, Valor and Travis return from a mission to try to talk to Maxi and apologize for leaving him, but they find that Maxi is not receptive to what they have to say. Maxi takes off, and Valor and Travis follow him. 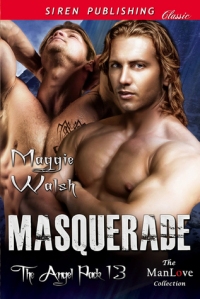 Blurb: When Xavier Angel meets his mate, he is ecstatic, but the closer he gets to Liam, the more ill he becomes. When this mysterious illness threatens Xavier’s life, causing him to almost die, Liam discovers what is wrong with Xavier. His heart breaks knowing he will never be able to have his mate—because to do so would cost Xavier his life.

To try to stop this unknown force keeping them apart, Xavier and Liam must travel back to Xavier’s birth pack in search of a wicked omega who may be the only one able to help them. But their only chance at happiness and love turns out to be the very thing that caused it.

Xavier will do whatever he has to in order to claim his man, but will it be enough? Will they be able to stop this great evil and save Xavier?

Or will their love be the one thing that kills them?
END_OF_DOCUMENT_TOKEN_TO_BE_REPLACED

Blurb:  Attacked and abducted in her home territory, Mercy finds herself in the clutches of the most powerful vampire in the world, taken as a weapon to use against alpha werewolf Adam and the ruler of the Tri-Cities vampires. In coyote form, Mercy escapes only to find herself without money, without clothing, and alone in the heart of Europe…

Unable to contact Adam and the rest of the pack, Mercy has allies to find and enemies to fight, and she needs to figure out which is which. Ancient powers stir, and Mercy must be her agile best to avoid causing a war between vampires and werewolves, and between werewolves and werewolves. And in the heart of the ancient city of Prague, old ghosts rise…
END_OF_DOCUMENT_TOKEN_TO_BE_REPLACED

Posted on January 23, 2017 by thebloggergirls

Blurb:  Liam Summer, with the face of an angel and the body of an underwear model, has done bad things. Raised as the whore and cat’s paw of a murderous fairy queen, his beauty has ruined many. When Queen May’s plot to unite and rule the fairy and human realms fails, Liam wakes naked and alone in a Manhattan building on fire. Unaware the blaze is arson, and he’s its intended victim, he prepares to die.

Enter ax-wielding FDNY firefighter Charlie Fitzgerald, who Liam mistakes for an ogre assassin. As Charlie rescues Liam, he realizes the handsome blond has nowhere to go. So he does what he, and his family, have always done—he helps.

As for Queen May, trapped in the body of a flame-throwing salamander, she may be down, but she’s not out. Yes, she failed the last time, but Liam, and others, will pay. She knows what must be done: possess a haffling, cross into the human world engorged with magic, and become queen and Goddess over all.

As Liam realizes the danger they all face, he discovers unexpected truths. That even the most wicked are not beyond redemption, and that love—true love—is a gift even he can receive.
END_OF_DOCUMENT_TOKEN_TO_BE_REPLACED 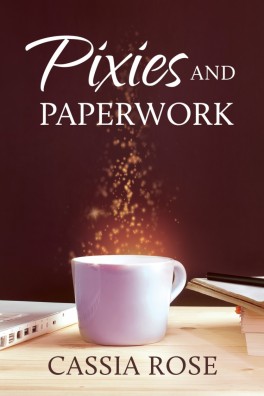 Blurb: Micheal Donovan’s family has kept the peace between mortal and magical realms for generations, but Micheal skipped out on glory for other plans. He finished school, got a nine-to-five, and tried to fit in. When his cousin meets an unfortunate end on All Hallows’ Eve, Micheal abruptly inherits the position of Riftkeeper, along with all the prestige and responsibility he didn’t want. Estranged from his family, Micheal never learned the details of the job. All the grumpy, ancestral spirit now possessing his goldfish can tell him is that a mistake could be catastrophic. Micheal isn’t feeling the holiday cheer, and coworkers’ attempts to encourage him only add to a headache of magical proportions. To make matters worse, Ryan Nickles, Micheal’s colleague and cubicle neighbor, has assembled enough Christmas decorations to attract more pixies than Micheal can hide.

When Micheal’s attempts to find the Winter Court on the week of the solstice leave him with nothing but a bad cold, he fears he’ll be the first Riftkeeper to break the ancient contracts. He’s too stressed to handle Ryan’s attempts to get him into the holiday spirit, but Ryan might know more about the magic of the season than Micheal realizes.
END_OF_DOCUMENT_TOKEN_TO_BE_REPLACED

Book Review: A King and a Pawn by Liv Olteano

Blurb: Bert Cooper’s life used to be great, until his sister turned out to be a traitor. Now Bert feels the whole pack looks on him with doubt and suspicion. To prove his loyalty, he volunteers to be the first ambassador at Fey Court, gathering information to finally solve the Leader Murders and punish those plotting against the Council and community. At least, that was the plan….

When Bert meets Sir William Matthew Sims, Court Interrogator, and one hell of a sexy man, life becomes a balancing act. And when the Fey King is assassinated, things become really messy.

Pack politics, fey politics, treason, suspicions of treason…. Bert has to choose between being ruled by his fears or standing up for what—and who—he believes in. And it might just break his heart.

END_OF_DOCUMENT_TOKEN_TO_BE_REPLACED

Blurb: Isolated and alone, Sin Evernight is one of the most powerful supernatural creatures in heaven and on earth. As an angel of vengeance, he hunts down the darkest evil, but when his long-lost friend, Layla Starling, needs him, he vows to become her protector. Even though she will be horrified by the man he has become.

Now a famous singer and the toast of London, Layla believes that Sin is only here to guard her from rabid fans and ardent suitors. However, the truth is far more sinister. Desperate to avoid losing Layla a second time, Sin will face a test of all his powers to defeat an unstoppable foe – and win an eternity with the woman he loves.
END_OF_DOCUMENT_TOKEN_TO_BE_REPLACED

Blurb: Evan Donaldson moved to Sanctuary to find a safe place for him and his Lost Boys. But when Evan meets his mate in the Alpha’s father Raphael Angel, Evan doesn’t feel worthy enough to have the older Alpha as his mate. Evan doesn’t believe Micah will accept him as his father’s mate. Especially if the secrets from his past, and what he has done, ever comes to light.

Alpha Raphael Angel has spent his whole 460 years of life hiding his true self. But now that he is in Sanctuary with his son Micah he is finally free to be himself. Once he meets his mate Evan, he knows that fate made them perfect for each other.

After a misunderstanding between the two, Evan, along with two of his boys, get kidnapped and Raphael worries that he will never see Evan again to tell him how sorry he is.

The pack must call in a very powerful and unexpected being to help them find the three and rescue them before one of them loses his life to the evil demigod Minos.