Blurb:  Theodore Wentworth, who possesses little more than a sharp and well-educated mind, is trying to solicit a sponsor for his studies of Greek antiquity by performing recitations at gatherings of collectors. Desperate for luck and better skills in oratory, in jest, he places a coin at the feet of a statue of Hermes. It seems like coincidence when his fortune turns and a gentleman calling himself Alexander becomes his benefactor. Despite his friend John teasing him about it, Theodore continues to offer tokens to Hermes and sinks himself into his study of the classics.

Alexander encourages Theodore’s interest, prompting Theodore to face desires he tried to put aside years before. As Theodore embraces the knowledge, he must also resist his attraction to Alexander—knowing his feelings are a serious crime in Victorian England.

But the secret Alexander keeps will change everything in a love story for the ages, steeped in taboo, temptation, history, and myth.
END_OF_DOCUMENT_TOKEN_TO_BE_REPLACED

Blurb:  Out of the Cage: Freedom takes all forms, including how to learn to live with yourself…and your limitations.

Drako Rundin had a rude awakening to the paranormal world—holy crap, vampires and shifters are real! Still, he thinks it’s pretty cool. After so much time thinking he’s weird for being a gay, video-game-loving geek, he finds he’s not the only oddball. Accepting his new friends’ offer to go to Denver, helping the pair move an ostrich farm in the process, he meets so many more people who are different.
Kwanza doesn’t know how long he’s been in captivity. He just knows he’s grateful to the group of friendly paranormals who rescued him. While he remembers shifting to human form—decades ago—he struggles to actually do it. The other shifters are patient and accommodating, giving him wide open spaces in which to live.

When Kwanza meets Drako, he recognizes the plump, cute human as his mate. While he succeeds in shifting, he can’t seem to hold it for long. With Drako’s help, can he relearn how to be human all over again?
END_OF_DOCUMENT_TOKEN_TO_BE_REPLACED 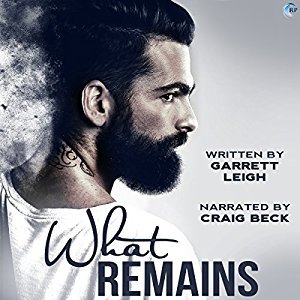 Blurb: Web designer Jodi Peters is a solitary creature. Lunch twice a week with his ex-girlfriend-turned-BFF and the occasional messy venture to a dodgy gay bar is all the company he needs, right?

Then one night he stumbles across newly divorced firefighter Rupert O’Neil. Rupert is lost and lonely, but just about the sweetest bloke Jodi has ever known. Add in the heady current between them, and Jodi can’t help falling hard in love. He offers Rupert a home within the walls of his cosy Tottenham flat—a sanctuary to nurture their own brand of family—and for four blissful years, life is never sweeter.

Until a cruel twist of fate snatches it all away. A moment of distraction leaves Jodi fighting for a life he can’t remember and shatters Rupert’s heart. Jodi doesn’t know him—or want to. With little left of the man he adores, Rupert must cling to what remains of his shaky faith and pray that Jodi can learn to love him again.
END_OF_DOCUMENT_TOKEN_TO_BE_REPLACED

Posted on September 3, 2016 by thebloggergirls

Blurb:  It’s typical of video game programmer Josiah Simmons to be the last one on the plane on the way to the biggest meeting of his career. Though he’s (mostly) coping with his ADHD, he can’t handle another distraction. But he also can’t ignore his rugged seatmate—especially once he learns the military man’s a fan of his game.

Ryan Orson refuses to let his severe injuries pause his career as a navy SEAL. He’s got hours of grueling physical therapy ahead of him, and no time for anything that might get in the way of his return to active duty. But that doesn’t mean he’s above a little first-class flirtation with geeky-cute Josiah.

When a delay strands the pair in St. Louis, they agree to share a hotel room and a night of gaming. Neither expects their new connection to move to the next level in the light of day. Opposites may attract, but is this game over before it’s even begun?

END_OF_DOCUMENT_TOKEN_TO_BE_REPLACED 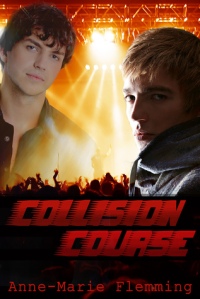 Blurb: Blue isn’t how most people picture a hardcore rock music fan – he’s self-conscious, delicate, a little nerdy and a lot neurotic. But when he catches the interest of Rhys – the lead singer of his favorite band Collision In Reverse – after a concert, Blue just can’t say no. Before he knows what’s happening, the band is back on the tour bus and Blue’s along for the ride.

While he enjoys living an adventure for the first time in his life, Blue has to work hard to keep the favor of distant, enigmatic Rhys. He’s clueless about life on tour and blunders his way from one awkward situation to the next, trying to fit in with the road crew, getting used to his status as a glorified groupie, and dealing with the mood swings of his selfish lover.

His guileless charm eventually wins over the crew, and even Rhys seems to be growing fond of Blue. But just as Blue dares to hope that he is more to the singer than a convenient warm body, his world falls apart in one heart-shattering night, and not even love may be enough to put the pieces back together.
END_OF_DOCUMENT_TOKEN_TO_BE_REPLACED

Posted on December 18, 2015 by thebloggergirls 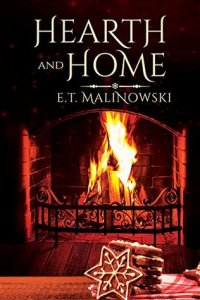 Blurb:  Thistle is a sweet elf with a kind heart. He tries his best to help all the other elves in Santa’s workshop. Unfortunately, Thistle tends to leave disaster in his wake despite his good intentions. He dreams of finding an elf who will love him in spite of his clumsiness, an elf he can make a home for. But what elf wants to live in constant peril? Thistle figures he should just stick with his anonymous treat baskets, especially where Bayberry, Santa’s production manager, is concerned.

Bayberry is a bit of a serious elf. A little distant from most of the North Pole crew, Bayberry is lonely. When another Thistle Incident occurs, pushing the production department behind schedule only a few weeks before Christmas, Bayberry gets a “suggestion” from The Big Guy to ask Thistle for help. What could an accident-prone elf do to assist him? But to Bayberry’s surprise, he might gain more than help with his monthly reports.

END_OF_DOCUMENT_TOKEN_TO_BE_REPLACED

Posted on December 10, 2015 by thebloggergirls 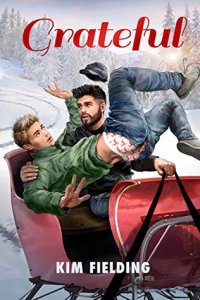 Blurb:  Nate Roth’s latest dumb stunt has left him with a broken arm, black eye, and stitched chin—and extra trepidation about visiting his family for Hanukkah. He fears his relatives will put him through another round of criticism for his foolish choices and his nonexistent love life. Several mishaps during his short journey to his parents’ house don’t bode well. But along the way he meets impossibly gorgeous Gio DiPietro—and maybe it’s time for Nate’s risk-taking impulses to turn out well for a change.

END_OF_DOCUMENT_TOKEN_TO_BE_REPLACED

Book Review: The Lost Otter and At a Bear’s Mercy by Caitlin Ricci and A.J. Marcus

Blurb:  When Aedan disappeared six years ago, his boyfriend, Brody, was devastated. Now Aedan is back, and they both must face the secrets that once tore them apart.

On a tiny island off the coast of Washington, Brody has made a successful life for himself as a veterinarian. The highlight of his practice is when he’s able to help wild animals and rehab them to be released back to the wild. It’s a simple, quiet life, which is exactly what he needs to be able to piece himself back together after Aedan, the man he loves, disappeared six years earlier. He had given up hope of ever seeing Aedan alive again, until one night after an otter shows up on his doorstep, Aedan comes in to take the otter away. Even if Brody didn’t want to smack the sexy grin off his face, he still wouldn’t let Aedan just walk out with the otter. He’s responsible for its safety, and Aedan hasn’t given him nearly enough answers to make the past six years all better.

Aedan doesn’t have time to answer Brody’s questions though. He’s got bigger problems, primarily a clan of bear shifters who claim the otter, Aedan’s little brother, stole something from them. He lives in a dangerous world he never wanted Brody to be mixed up in, but it seems Brody can’t help but get into trouble all on his own. His brother invites danger, Brody stumbles into it, and Aedan just wants to keep them both safe without losing his mind.
END_OF_DOCUMENT_TOKEN_TO_BE_REPLACED

To Trevor, Jamal is the answer to a dream — a man who can love and accept both his personas. When he discovers Jamal’s future is threatened if he’s seen with a guy, Trevor becomes Trixie to let Jamal pass as straight. But Trevor risks his position every time he puts on a dress. Is there a closet big enough to hold a football pro and a drag queen?
END_OF_DOCUMENT_TOKEN_TO_BE_REPLACED 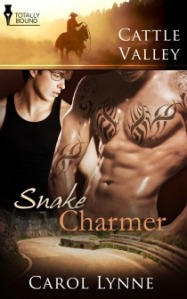 Blurb: Sometimes it takes an opposite to see the beauty within ourselves.

When security consultant and ex-mercenary, Gabrielo “Snake” Barbas, thwarts an attack of one of his co-workers, Riley Banks, he takes it upon himself to keep the smaller man safe. His job is made harder when he discovers the attacker is actually Riley’s ex-boyfriend, a ruthless man from a very wealthy and powerful family.

After a night of passion, Snake decides to take Riley far away from Richmond, Virginia to a town in Wyoming for the annual Cattle Valley Days celebration. He should have known that sex with Riley wouldn’t be enough, but he feels he has nothing else to give such a nice guy. Riley is the sexiest man Snake’s ever taken to his bed despite Riley’s claim otherwise.

Riley knows he’s average-looking at best, so why does Snake continue to flatter him? It’s obvious he’s not going to kick Snake out of bed, even after Snake informs him that sex is all he has to give. So, how can Snake see him so differently than the rest of the world?